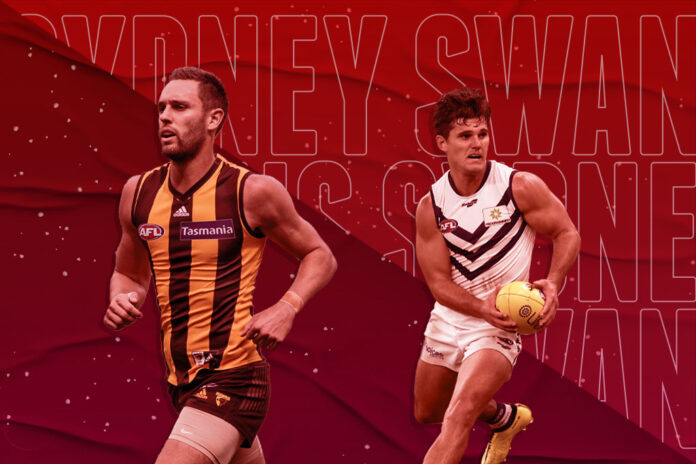 Sydney are one of the surprise packets of season 2021, with their meteoric rise up the table being one of the feel-good stories of the year.

The amount of talent that the side possess now is truly frightening and if they are this far up the table with most of their youngsters still relatively fresh-faced, imagine what they will look like even two years down the track.

Still, some departures this year could see the side with a few holes in it and with this the club may need to look to the market to find solutions.

We continue our ‘Five trade targets for every club’ series with Sydney.

In no particular order, here are five players which the Swans recruitment team would do well to target and potentially poach.

The Port Adelaide young gun has a bright future ahead of him, but where he chooses to spend it is up to him.

The New South Welshman has been a staple in Ken Hinkley's side for the past few weeks, and is slowly building into a formidable key forward alongside Charlie Dixon.

Marshall has booted 16 goals in his 13 appearances for Port Adelaide this year and is having his best year to date.

Despite this, the 23-year-old is out-of-contract come the conclusion of the 2022 season and could be one of the hottest prospects on the market if he doesn't sign an extension.

The promise of partnering Logan McDonald in arguably the best young forward-line in the competition could be enough to sway him to return to his home state and be a part of a blossoming side.

Add in the salary cap space that could be freed up when Lance Franklin hangs up his boots, and a move for Marshall could definitely be on the cards.