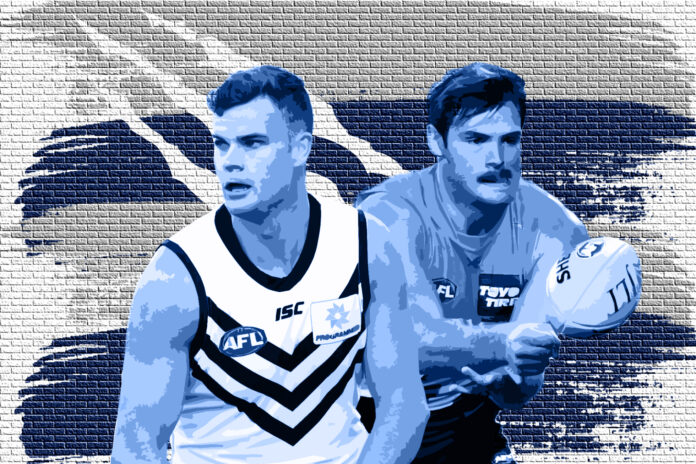 The Cats are notorious for plucking big names, regardless of age, from rival sides in an effort to gain immediate success.

However, in recent years it hasn't exactly paid dividends, with last year's Grand Final loss the closest they've come to the holy grail in a decade.

With this, is it time that Scott and his recruiting staff started to focus on less prominent and more youthful players in an effort to propel them to another flag?

We continue our ‘Five trade targets for every club’ series with Geelong. The idea of these stories is to identify potentially gettable targets who could fill roles, not just link every club to the likes of Marcus Bontempelli and Patrick Cripps.

In no particular order, here are five players which the Cats recruitment team would do well to target and potentially poach.

This one is a move that has huge potential to transpire, with the Fremantle ruckman proving to be an excellent asset to Justin Longmuir's side in recent years.

Darcy, standing at 202cm tall, is out-of-contract at the end of 2022 and will have a host of suitors lining up for him should he not re-commit.

The 22-year-old has some great stats for season 2021 and is ranked 6th for total hit-outs. He is also averaging seven hit-outs to advantage per match and runs at 49% for hit-out wins.

The big thing that is linking him to the Cats is the fact that he played for the Geelong Falcons and is very familiar with the area. On top of him already being linked to a Victorian move, should Geelong come knocking, you'd think he'd turn his head.