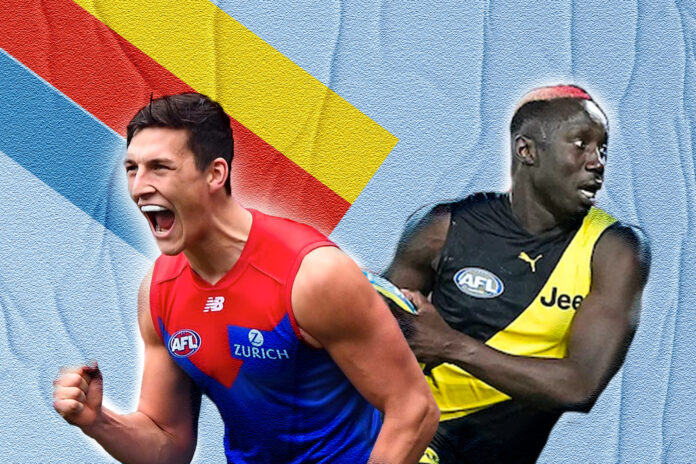 The Suns seem to have been a bit wayward in season 2021, showing glimpses of promise but struggling for a majority of the time.

Injuries to key players hasn't helped at all, but many would expect there would still be a bit of progression in 2021. It might be time for Stuart Dew to look to the market to remedy some of his sides' shortfalls.

We continue our ‘Five trade targets for every club’ series with the Gold Coast Suns.

In no particular order, here are five players which the Suns recruitment team would do well to target and potentially poach.

If this move did transpire, it would be one of the most shocking trade deals in the history of the game. Both the King brothers sharing one forward-line... but not at their boyhood club, the Saints.

This is a huge what-if, considering Max has all but signed on with a multi-million dollar deal at the Saints, but you can bet if the Suns even get a whiff of anything that says he wants out of Moorabbin, they will pounce on the opportunity.

King hasn't been in great form for the Saints in what amounts to just his second full year of senior football, but showed his talent last season and is seen as one of the competition's most exciting young forwards.

There has been controversy in recent weeks regarding his kicking in front of goals, with Essendon great Matthew Lloyd offering to help him through a well-publicised case of the yips, however the club intervened to keep the issue internal.

RELATED: Lloyd names the 7 best kicks for goal in the AFL

It would take a mammoth offer from the Suns to lure him away from his beloved St Kilda, but a forward-line made up of both King twins would be a sight to behold.