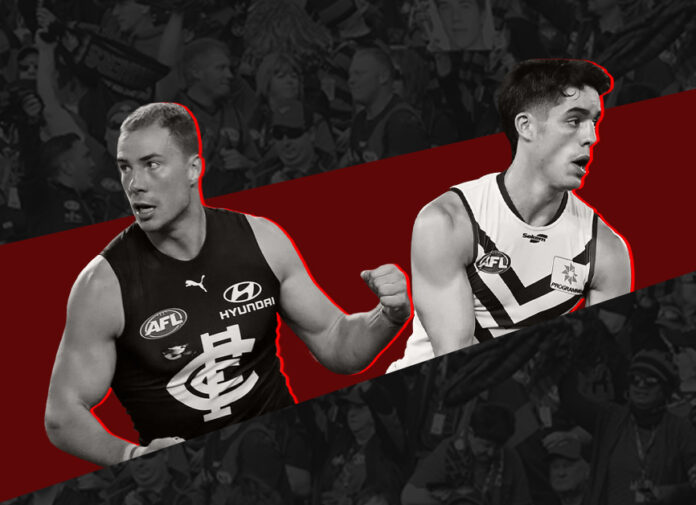 Essendon is building under Ben Rutten and while they are by no means where they want to be yet, have many promising players within their ranks as of current.

We continue our ‘Five trade targets for every club’ series with Essendon. The idea of these stories is to identify potentially gettable targets who could fill roles, not just link every club to the likes of Marcus Bontempelli and Patrick Cripps.

In no particular order, here are five players which the Bombers recruitment team would do well to target and potentially poach.

Cerra is a name that will be tossed around profusely during trade period 2021, but for good reason. The prodigious mid is thriving in a Dockers team brimming with talent, and is off-contract at the end of this year. It has been reported in recent times that he could be lured back to Victoria, with Carlton reportedly tabling a huge bid for the 21-year-old.

However, the Blues aren't the only side that could use Cerra, with Essendon potentially preparing for life after Zach Merrett following intense interest from other clubs. On top of this, they also by all accounts have the money to throw at a big name this trade period and have already been linked with the Dockers midfielder. He would slot in fantastically with the likes of Parish and more importantly Merrett should he stay, elevating the Bombers midfield to a new level.