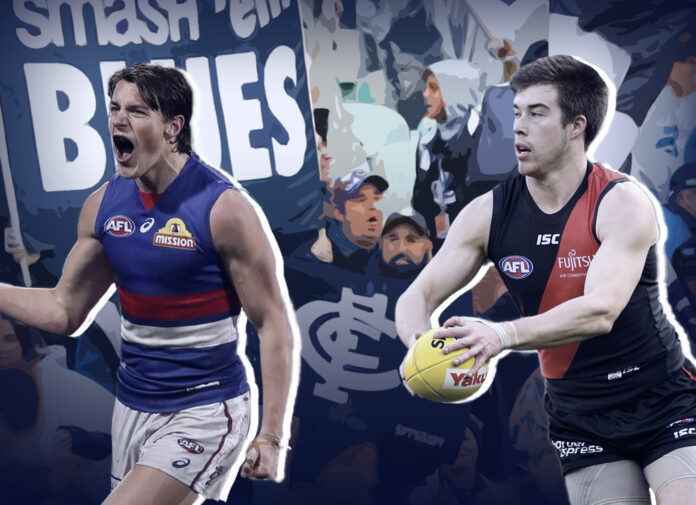 The Blues have been up and down so far this season, and there is no doubt that despite their efforts in the trade period, still need to strengthen some positions.

We continue our ‘Five trade targets for every club’ series with Carlton. The idea of these stories is to identify potentially gettable targets who could fill roles, not just link every club to the likes of Marcus Bontempelli and Patrick Cripps.

With that, here are some players which will help elevate Carlton back to the top after so many years of heartache.

So in no particular order, here is it – five players we think Carlton should have on their hit list.

The young Dockers midfielder has been in great form for his side since his debut in 2018, cementing his place in the heart of the park for Justin Longmuir's side. His numbers have been superb, especially last season when he finished third in the club's best-and-fairest count.

The 21-year-old is reportedly the subject of interest from the Blues, with a multi-million dollar deal having been tabled to lure the Victorian native back home. Cerra would slot in well alongside the likes of Sam Walsh, Patrick Cripps and Zac Williams and would be a name that would get Blues fans even more optimistic for the future.

Still can't get over how insane this was from Adam Cerra 😵

Watch the best goals from 2020 on AFL On Demand: https://t.co/yPOc4guFZD pic.twitter.com/gJuFidEm53