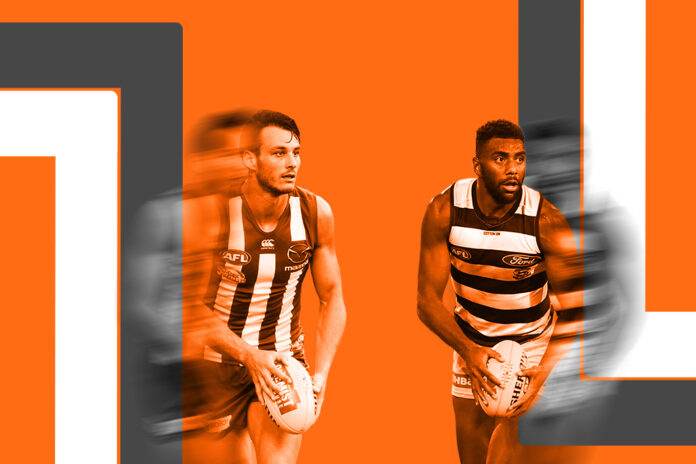 GWS have had a pretty average season 2021, with the side not really progressing as they would have liked to off the back of their disappointing 2020.

Josh Kelly is rumoured to be out the door at the end of the year, and with injuries marring the side, the Giants will likely have to make some moves in the market this year.

We continue our ‘Five trade targets for every club’ series with GWS.

In no particular order, here are five players which the GWS recruitment team would do well to target and potentially poach.

The North Melbourne veteran is a solid prospect down back, and his experience would be a huge asset for Leon Cameron's side. The key defender will be an unrestricted free agent come the end of 2021, and will be either kept in the team for a couple more years or moved on.

Despite being well into the twilight years of his career, Tarrant has been big for the Roos for many years. Kidney surgery meant that he hasn't been able to feature for the Kangaroos until the round just gone, but played solidly in his return game.

If Tarrant is looking for one last hurrah before he hangs up the boots, then perhaps a move to the Harbour City could be on the cards.