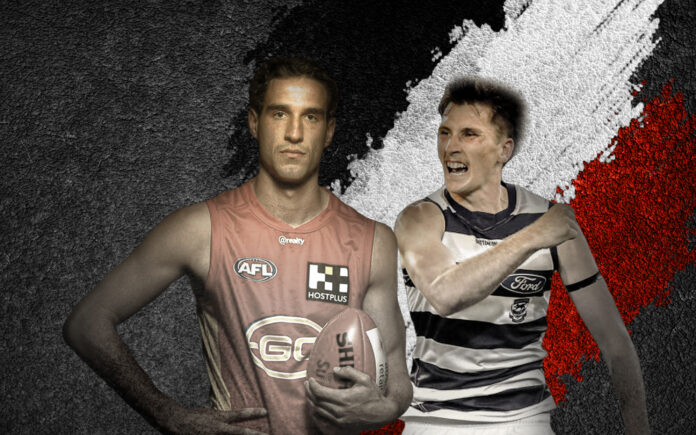 St. Kilda have been a far-cry from the inspired outfit they were in season 2020, with this year proving bitterly disappointing for the most part.

However based off of recent weeks' results, the Saints might not be in as dire as a position as they first thought, beating Richmond as well as outlasting Collingwood to stay in touch with the top eight.

Despite this there are still deficiencies in Brett Ratten's squad that need to be addressed, meaning activity in the trade period might be pertinent to the Saints campaign next year.

We continue our ‘Five trade targets for every club’ series with St. Kilda.

In no particular order, here are five players which the Saints recruitment team would do well to target and potentially poach.

One half of the King twins is still yet to put pen to paper on a deal that will see him past the end of his contract in 2022, and it is the northern-most one in Ben.

The 21-year-old is having a fantastic year for the Suns and has developed into a genuine key forward in the three years he has had at AFL level.

So far in season 2021, King has booted 38 goals in 15 games for Stuart Dew's side and has looked fantastic value for a player of his age.

The Melbourne-native's goal tally has him fourth in the Coleman Medal race and he is ranked 6th in the league for total marks inside 50s, meaning he has a great pair of hands on him.

There is no question that Saints fans would love nothing more than to see the literal definition of 'twin towers' running amuck in their forward-line, and with brother Max signing a long-term deal with the club recently, it seems it is written in the stars for Ben to return home and partner up with him.