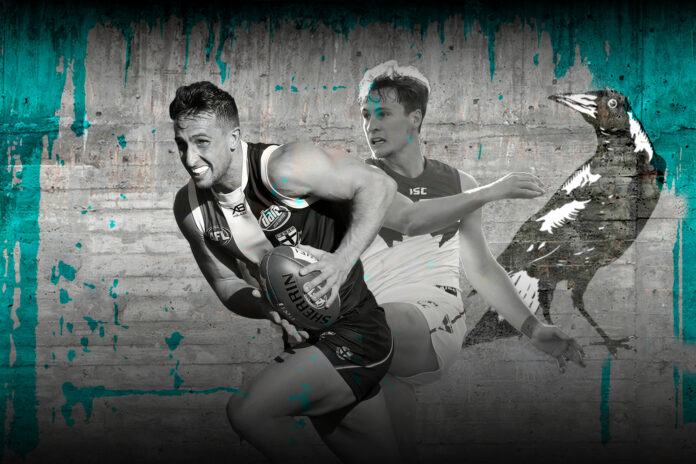 Port Adelaide came so close in 2020 to winning the flag, stumbling at the penultimate hurdle against the eventual premiers.

This season they're building nicely despite looking a bit suspect at times, and could have what it takes to go all the way.

In saying that, there are still some players that could be added to their ranks to help them take that next step should they fail in 2021.

We continue our ‘Five trade targets for every club’ series with Port Adelaide.

In no particular order, here are five players which the Power recruitment team would do well to target and potentially poach.

The Swans defender has been in solid form for John Longmire's side in season 2021, being part of a rearguard with the likes of Dane Rampe and George Hewett within it's ranks.

Dawson has yet to put pen-to-paper for a contract beyond 2021, and is the subject of interest from a number of clubs, including Port's cross-town rivals Adelaide.

The defender is tall at 6'4", and has put up some nice numbers in 2021. Dawson averages 4.2 spoils, 1.4 intercept marks and 2.4 contested defence one on ones per match which are all elite or above average numbers for an AFL defender.

Another huge advantage that Port have is that he is from South Australia, meaning moving back home could be another carrot they could dangle in front of his face as well as a big salary.

Should they secure him he would slot in nicely alongside Aliir Aliir, Tom Jonas and Darcy Byrne-Jones down back, giving Port Adelaide a really formidable defensive outfit.