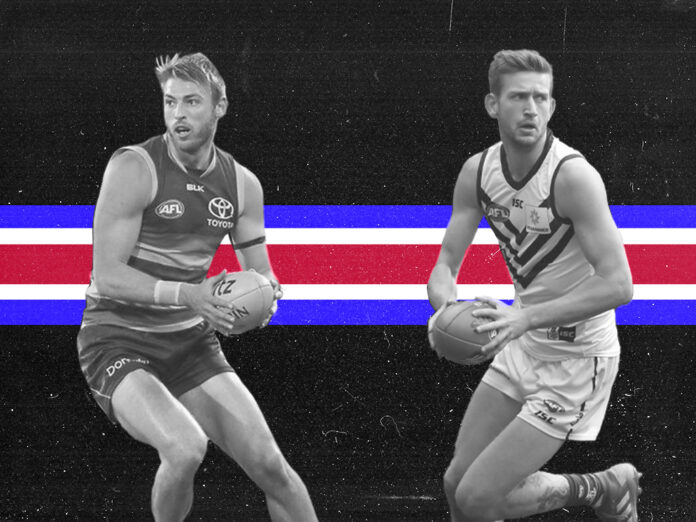 The Bulldogs have had an absolutely stellar season 2021 so far and find themselves atop the ladder with just a month until finals.

Their midfield has been the main sticking point of this year with their stocks in that department being unparalleled across the league.

However as the saying goes, sometimes standing still means going backwards, so it would be wise for Luke Beveridge and his side to strengthen whilst they're at the top.

We round off our ‘Five trade targets for every club’ series with Western Bulldogs.
The idea of these stories is to identify potentially gettable targets who could fill roles, not just link every club to superstars, the likes of Marcus Bontempelli or Patrick Cripps.

In no particular order, here are five players which the Doggies recruitment team would do well to target and potentially poach.

The Fremantle defender has been out-of-favour this season after featuring heavily for the side in 2020.

Only managing to appear on six occasions in season 2021, the last of which came against Gold Coast in Round 13, and didn't have a bad game finishing with 22 touches.

In the small sample space of games he has had in 2021, the 23-year-old has averaged 4.3 spoils and 2.8 contested defensive one-on-ones per match - elite figures for an AFL defender.

Should he decide to leave and move back home, Victoria could be just the trick to really ignite his career.

The only critique of the Western Bulldogs' side lies in their defence, with the back six sometimes not being able to cope with the forward pressure of their opposition.

If Duman were to go to the Doggies then he would be going to a side at the top of their game and, potentially with a premiership under their belt depending on how the rest of the season pans out.

It would be incredibly wise for Luke Beveridge to throw his hat in the ring for Duman's services.