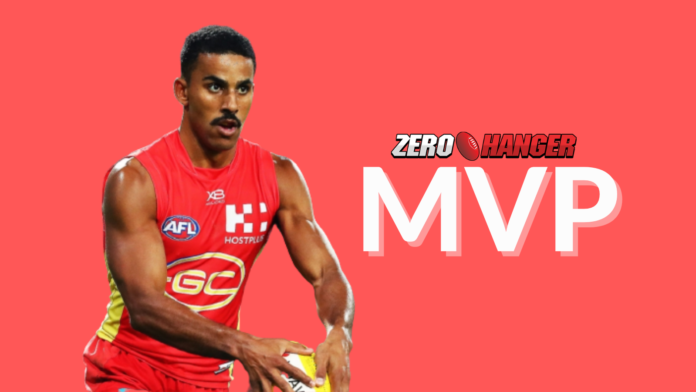 The Giants pulled off one of the season's biggest upsets on Friday Night. The match was filled with controversies and excellence, highlighted by Greene's four goals, Taranto and Cumming's dominance and Sam Taylor's power battle over reigning Coleman medallist Tom Hawkins.

Yet, Toby Greene's attempted fend off that led Patrick Dangerfield to hospital with a throat injury was the biggest talking point of the match, with the star forward set to appeal a two-week suspension.

With the Giants managing to secure a spot in the eight for the time-being, the potential suspension of Greene and loss of Josh Kelly to quad tightness is set to challenge the Giants in the crucial two weeks to come.

The pressure on embattled Carlton coach David Teague increased dramatically on Saturday, as the Suns destroyed the Blues finals hopes.

Despite an equal battlefield for majority of the game, the Suns fought hard to secure a 19-point victory, highlighted by star midfielder Touk Miller, who added to his outstanding season with an impressive 35 disposals, seven clearances and two goals.

The Tigers have kept their faint finals hopes alive, producing an outstanding seven goal third term that allowed the reigning premiers to defeat the Roos by 33 points.

The match did not start well for Damien Hardwick's side, with the Roos dominating in all corners of the match, resulting in the Roos leading by 20 points at half time.

Yet, the excellence of Jack Graham and fight from Baker and Vlastuin gave Tigers fans a glimpse at the Tigers of the past, with the second half heavily dominated by the reigning premiers, who were able to breathe some life back into the side's finals chances.

The match also saw the introduction of Maurice Rioli Jr, adding to the great Rioli name by kicking a goal in just his first match of AFL football.

The classic South Australian showdown saw the mighty Port take home another victory against the Crows.

Whilst the Crows did not go down without a fight, Aliir Aliir helped carry the victors over the line, finishing with an impressive 21 disposals, 16 intercepts and five marks that allowed him to take home the Showdown Medal.

Ollie Wines and Ryan Burton were also dominant in the midfield, helping to secure the Port a spot in the top four.

The loss was another blow for the Adelaide Crows, who endured a turbulent week due to the Taylor Walker scandal.

The Saints kept their finals hopes alive on Saturday night after a 29-point upset to the mighty Sydney Swans.

With the excellence of Steele and Marshall, the Saints pressure proved to be too much for the Swans who not only lost their five game winning streak, but slimmed their chances of making the top four.

Jack Higgins was a stand out for the mighty Saints, slotting an equal career-high four goals and 23 disposals.

The Hawks continued to show their improvement on the weekend, avoiding the wooden spoon after a 19-point victory over the Magpies.

Despite the Pies closing the game in the last seven minutes, the Hawks proved too strong, allowing the club to climb to 15th on the ladder.

Tom Mitchell was a standout for Alistair Clarkson's team, collecting an impressive 44 disposals and eight clearances. Chad Wingard was another highlight in the midfield, having an excellent 30 touches.

The Bombers pulled off one of the biggest upsets of the season on Sunday night.

Peter Wright was a standout in Essendon's dominance, booting an impressive seven goals to overpower the premiership favourites by 13 points.

The shock-win lifts Essendon to ninth position on the ladder, giving them and excellent chance at making finals.

The game not only saw the Bulldogs lose their first position on the ladder, but also lost them their star forward Bruce for the remainder of the season, due to an ACL injury he acquired in the final moments of the game.

The Lions proved too dominant for the Dockers on Sunday, beating the Western Australians by an impressive 64 points.

The result was a crushing blow for Fremantle, who are now likely to miss finals for the sixth season in a row after the loss slipped them down to 12th position on the ladder.

Senior midfielder Dayne Zorko was a stand out for the Lions, completing an excellent 34 disposals, 10 tackles and kicking one goal.

Lightning, rain and wind did not stop the Demons on Monday night, who rose to the top of the ladder with a nine-point win over the Eagles.

The win secured the club their first finals double chance in more than twenty years.

Midfielders Christian Petracca and Clayton Oliver were exceptional for the Dees, both securing 28 disposals each. Youngster Luke Jackson was also impressive, recording an impressive 21 disposals and two clearances.