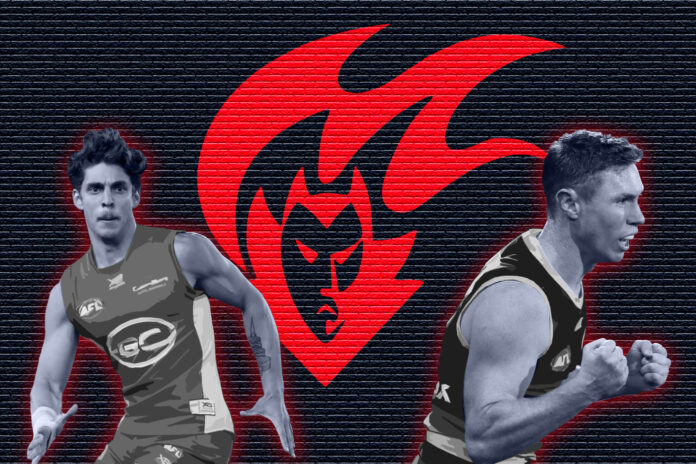 Melbourne are having one of their best years in recent memory and sit top of the ladder at the halfway point in season 2021.

Their system has elevated new players to unseen heights, with figures such as Ed Langdon, Tom McDonald and Luke Jackson all having incredible seasons.

We continue our ‘Five trade targets for every club’ series with Melbourne.

In no particular order, here are five players which the Dees recruitment team would do well to target and potentially poach.

This Suns defender has been in-and-out of the side in recent years and has only now cemented his spot in the side. The South Australian has put up some decent performances for Stuart Dew's side, and would likely be able to kick on in Melbourne's side should he be traded.

He is quick and is able to blanket smaller attackers should he need to. The Demons don't really need any big name stars to add to their lineup - more role players to help Simon Goodwin's system continue to flourish.

Lemmens wouldn't break the bank to go and nab, and would fit in nicely alongside Lever and May down in defence. It would be smart of Goodwin and his recruitment team to make a play for him.