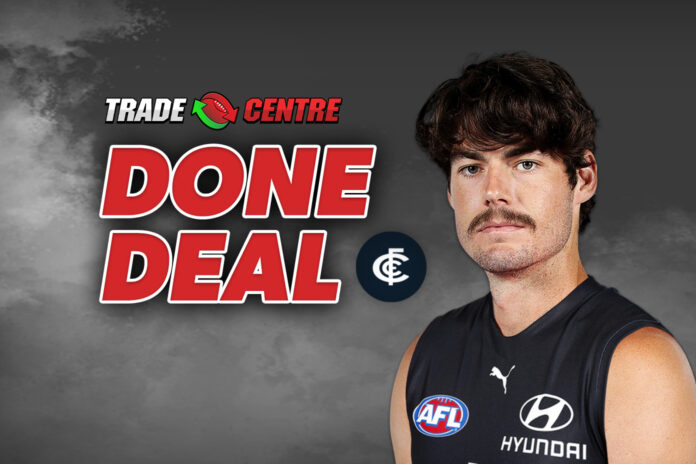 The news of the shift was made official on Saturday afternoon, with AFL House issuing the following tweet on the South Australian's move south.

The Sydney Swans have elected to not match the offer and George Hewett is now able to join Carlton immediately. The Sydney Swans are to receive an end of Round Two compensation selection.

This selection currently sits at pick 39 and will join the harbour city side's previous arsenal of picks 12, 31, 67, 85.

However, these means were raised to 22, five and four after trading the defensive 50 for the engine room from Round 15 until the season's cessation.

The quiet achiever also recorded 13 tackles in the Sydney's elimination final loss to the Giants.

The North Adelaide product will now offer fellow new Blue Michael Voss another hardnosed pillar to deploy in his midfield next season as the 16-time premiers continue their strives towards a return to September.

If reports from The Herald Sun's Jon Ralph made last month are correct, Hewett is set to earn in the vicinity of $450,000 a season across the next four years at Princes Park.

The young father will join his new teammates when Voss' roster returns for pre-season in November.