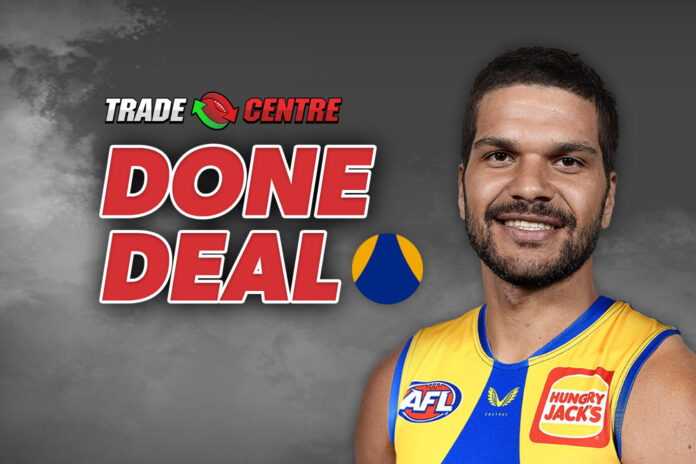 Former top 10 draftee Sam Petrevski-Seton has exchanged Princes Park for Perth and will become an Eagle ahead of the 2022 season.

Though the Blues were unable to recoup anywhere near the price they originally paid to secure the Halls Creek product ahead of the 2017 season, they were able to wrangle pick 52 in a deal with West Coast for the cowboy's services.

The man affectionally known as 'Samo' or 'SPS' will depart Melbourne after 94 games across five campaigns with Carlton and averages of 15.6 disposals and 3.7 tackles per appearance.

While placed across multiple lines during his stint with the Baggers, the 23-year-old found it tough to find consistency at the AFL level.

However, a shift back to his state of origin could be the breath of fresh air required to uncork his true potential.

The move has made up part of a busy hour for the Blues who managed to snaffle Adam Cerra across the Nullarbor in deal that involved the club's opening selection in this year's draft.

Although now part of Adam Simpson's roster for next season, it is not yet known which portion of the park Petrevski-Seton is likely to be deployed in.

The utility is set to be joined at West Coast this off-season by another hyphenated Sam, as reports arose earlier on Thursday that Port Adelaide midfielder Sam Powell-Pepper was likely to become an Eagle.

Both Petrevski-Seton and Powell-Pepper were selected with early picks in the 2016 draft, with the pair going at nine and 18 respectively.

Should the prospective deal for Port's bald bull also be lodged by the end of the trade period, both of the Western Australian products will commence pre-season training with their second club's in late November.