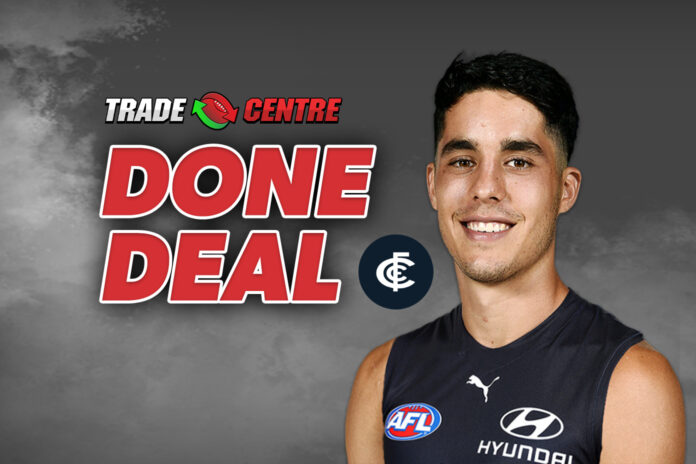 The Blues have finally got their man after a deal to see Adam Cerra cross from Cockburn to Carlton was finalised on his 22nd birthday.

While several bouts of bartering had taken place in an attempt to lure the Cerra to Princes Park, the Blues relinquished the sixth selection at this year's draft as well as a future third to land the Eastern Ranges product.

Adam Cerra will celebrate his 22nd birthday as a Carlton player. Deal about to go through.

Having been selected with the fifth pick of the 2017 draft, the final price more than met Cerra's market value given his solid campaigns in a purple guernsey since debuting in Round 2, 2018.

Across his 76 games as a Docker, the Victorian-born midfielder recorded averages of 17.2 disposals, three tackles, 2.8 inside 50s and just shy of two clearances per appearance.

The two-time 22under22 selection also recorded back-to-back top 5 finishes in Fremantle's Doig Medal counts across the past pair of seasons.

Cerra will now sort the semantics of his shift back to his start of origin and commence pre-season training with his new teammates when the Blues officially reconvene in late November.