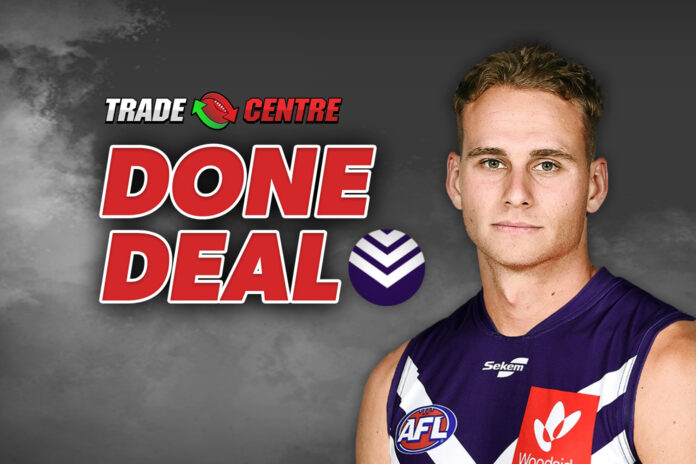 Fremantle and the Gold Coast have agreed upon a trade that will see former top 10 draftee Will Brodie fly west from his adoptive home.

According to AFL Media's Callum Twomey, the exchange between the pair of expansion clubs will see the Victorian Sun cross the country along with picks 19, 61 and 69, while the Gold Coast will receive the Dockers' future third and fourth round selections.

The deal his since been approved by the league and announced via AFL House's official Twitter account just prior to midday AEST.

The move is a mutually beneficial one for both clubs, as Fremantle will not only be gaining an untapped talent, but these array of picks that have traded hands could act as the key to unlocking Adam Cerra's move to Carlton and Jordan Clark's shift to Perth.

For the Suns, salary cap relief has been earned given Brodie's backended contract that was said to be worth in the vicinity of $500,000 per annum is no longer on their books.

This move comes as the perennially underperforming club looks to re-sign a raft of key names following the cessation of next season.

Once the curtain comes down on the 2022 season, each of Ben King, Touk Miller, Jack Lukosius and Izak Rankine will become out-of-contract quantities.

Since being selected with the ninth pick of the 2016 draft, Brodie, 23, has only laced the boots for the Gold Coast on 25 occasions, with none of his five campaigns ever yielding more than eight appearances.

Despite failing to rise as a Sun, Brodie's name will be added to Justin Longmuir's burgeoning stable of young midfielders ahead of 2022.