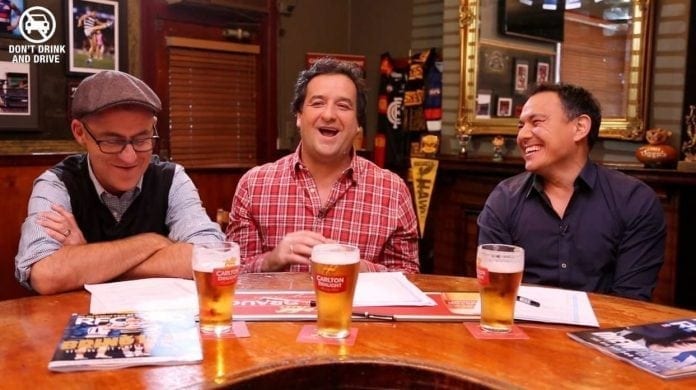 The Herald Sun has identified that The Front Bar's larger female viewership as the reason why it is consistently winning the ratings war with The Footy Show.

Ratings reports have showed that women make up 45 per cent or more of The Front Bar's weekly audience.

Last Thursday, 128,000 women in Melbourne tuned in to The Front Bar, a stark contrast to the 58,000 that were watching The Footy Show.

“Sports shows are traditionally seen as attracting large swathes of male viewers but The Front Bar proves that if you get the formula right you can easily win female fans as well,” media analyst Steve Allen told The Herald Sun.

The gap is between the male audiences is also considerable.

During last Thursday's edition of The Front Bar, it had 211,000 male viewers across Melbourne, Adelaide and Perth, compared to The Footy Show's 116,000.

Allen added that it was important for a sports program to appeal to audiences of both genders.

“The large amount of female viewers was the driving force behind the monster figures that Top Gear and the AFL version of The Footy Show used to get in their heyday,” he said.