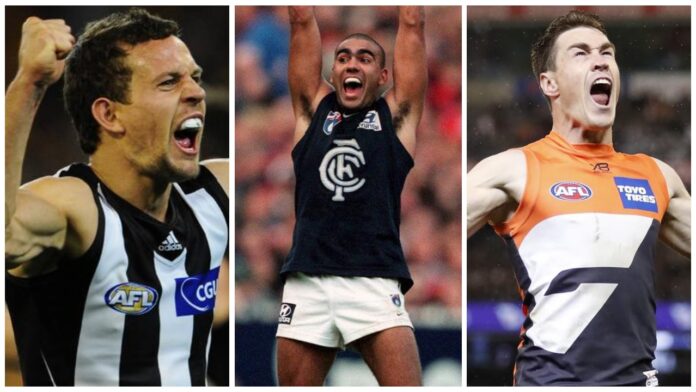 Welcome to the best weekend in footy!

Sure, everyone wants to be in the 'big dance', but it's often the preliminary finals that seem better than the main event. It's not hard to see why, as the desperation to get to that last Saturday in September can be felt around the country.

Each season's pair of prelim's seem to appeal a larger portion of real fans and are contrasted by the far more corporate feel of Grand Final Day.

As this penultimate weekend so often produces contests that live long in the memory, we have decided to look at some that still live in the memories of fans everywhere.

Perhaps the most famous prelim' of all time.

Although the Dons were a powerhouse and had been flag favourites all year, Carlton seemed blissfully unaware, as they set about causing one of the all time upsets in AFL finals history.

On this Victorian election afternoon, 'Kouta' was dominant, amassing the football at will and peerlessly inspired his Blues teammates to victory. However, it was a tackle from Fraser Brown that truly rocked the AFL world and delivered the club a ticket to face off against North Melbourne the next week.

It's no wonder why Blues fans are still talking about.