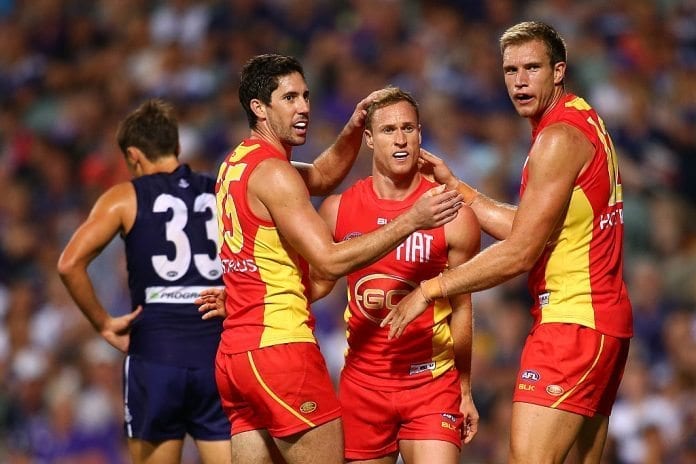 Gold Coast’s nightmare run with injuries has continued into 2017, with Sam Day going down with a serious hip injury during the Suns’ JLT Community Series clash with Brisbane.

Day suffered a dislocated hip during the first quarter of the match and was stretchered off the field and taken straight to hospital.

The big man was jostling for position while running towards the ball alongside Brisbane defender, Jack Frost, when he collapsed to the ground.

The 24-year-old was in extreme agony and was given pain relief on the ground.

Sam Day is in the hands of trainers after this and is now being taken off on the stretcher. #JLTSeries pic.twitter.com/WedNKCHpnZ

INJURY UDPATE: Sam Day has a dislocated hip. It's been put back in and Daysie will go to hospital for scans. #JLTSeries

QUIZ: Match the famous call to the commentator part 2

Who will be the AFL’s next dynasty team?