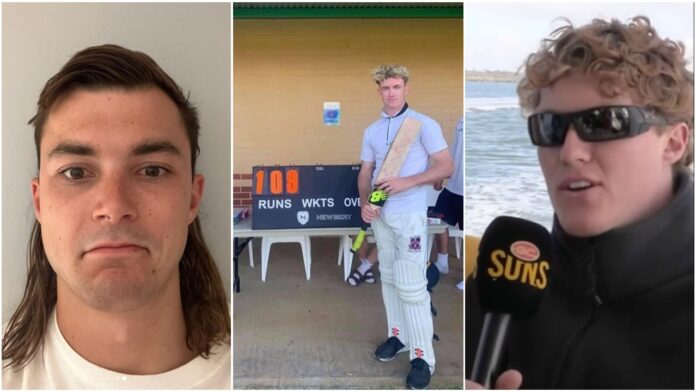 AFL footy clubs have posted a series of tributes to celebrate remembrance day on their socials. The AFL posted to their Twitter and Instagram page with the caption 'at the going down of the Sun and in the morning, we will remember them.'

Footy fans also responded to the posts with some of their own tributes to celebrate the day including pictures of poppies and soldiers.

Hawthorn's Finn Maginness tested positive for COVID-19 and entered strict quarantine following the test results. The news emerged that Maginness had trained with players from six different clubs, however it was more than 48 hours before he noticed symptoms.

Hawks fans expressed their concern and sent their well wishes through comments on social media to Maginness, who will spend the next two weeks recovering from the virus.

The Hawks merchandise shop was also forced to close after the positive COVID-19 case.

Hawks merchandise shop closed after Finn Maginness’ positive case. Club says all Hawthorn players are either double vaccinated or are scheduled for their second dose in coming days @9NewsMelb pic.twitter.com/bvz0EO1mUw

Phyllis Taig has been a loyal member of Carlton Football Club for 92 years and on the 30th of October celebrated her 106th birthday.

To celebrate, Carlton coaches Michael Voss and Daniel Harford teamed up to send a birthday message to Phyllis Taig.

In response to the video, Phillis said she hopes the club can go "further this year."

"One more premiership before I depart."

Off-season antics: A player with many sporting talents

With T20 cricket up and rolling as summer approaches, young Sydney midfielder Chad Warner is switching activities during the off-season.

The 20-year old Swan was out on the cricket pitch making an impressive 109 runs at the local level.

Along with picking up the pace in pre-season training, Nik Cox has sported a new look.

The 19-year old was Essendon's best first-year player this year and played 22 matches for the senior side. Cox kicked nine goals for the season and received a 2021 NAB AFL Rising Star nominee.

Cox will enter his first full AFL pre-season with help from ex-Tiger star Alex Rance, who joined the Bombers in a development coaching role.

New hair, a full pre-season of training and advice from Alex Rance may be the perfect ingredients for an even better AFL season for Nik Cox in 2022.

Players getting behind Movember

It is the month for men to grow the mo' and players including Sam Draper and Jack Silvagni are taking part in this year's Movember campaign.

'Whatever you grow will save a bro 💙'

They recently joined the surf lifesavers for a challenging training session and now the Gold Coast Suns have hit the waters for a fishing trip.

Brisbane Lions are promoting their pet club membership deal with this adorable video below.

In order to include your feathered, scaly or furry friend, the Lions are offering a pack for pets that include a frisbee and a bandana as well as a discount on Pet accessories at the Lions store.

The Brisbane Lions were not wrong when they said "the content we know you're really here to see". The next step will be for the AFL to allow pets at the games 😂

New Away Guernsey for Kangaroos in 2022

North Melbourne have released their new away guernsey and the 7AFL Instagram page asked fans to react to the newest design with a 🔥 or 🗑 emoji.

The comments were split down the line with a mix of 🔥 and 🗑  emojis from fans. Everyone will have to wait and see what the guernsey looks like when the players get back out on the field next year.