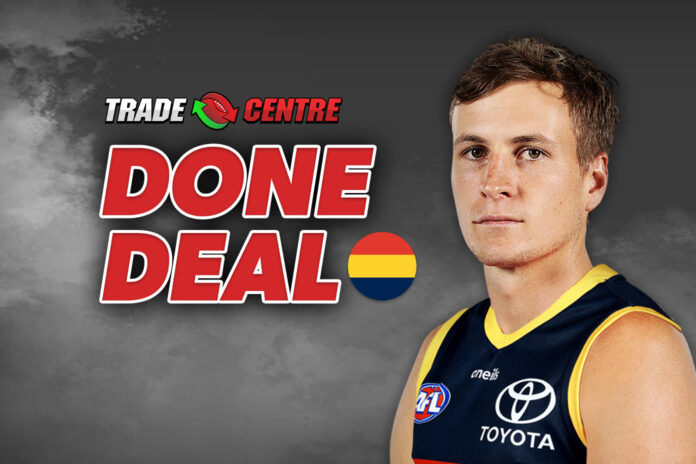 Jordan Dawson is now a Crow after a deal that was brokered between Adelaide and Sydney on Tuesday night was made official by the AFL.

While negotiations surrounding the 23-year-old's asking price had previously threatened to turn sour, Dawson will now trade Moore Park for West Lakes after the Crows parted with a future first-round draft selection.

Trade paperwork lodged.
Sydney Swans trade Jordan Dawson to the Adelaide Crows for its Future Round One selection (currently tied to Melbourne)

The pick that allowed the South Australian to return to his state of origin was originally acquired as part of a four-way trade between the Crows, Demons, Bulldogs, and Saints last week.

Having produced a career year on a wing in 2021, Dawson will now make up part of a deadly arc-to-arc duo alongside Paul Seedsman next season, with the accurate and fleet of foot pair set to excite crowds at the Adelaide Oval from March onwards.

The blossoming 192cm product was awarded third place in the Swans' best and fairest count earlier this year after producing seasonal means of 22.3 disposals and 4.9 rebound 50s.

The product of South Australia's south-east coast will link up his local club in the wake of 64-games in a red and white guernsey since debuting in Round 3, 2017.

Dawson was originally selected by the Swans with the 56th pick of the 2015 draft.