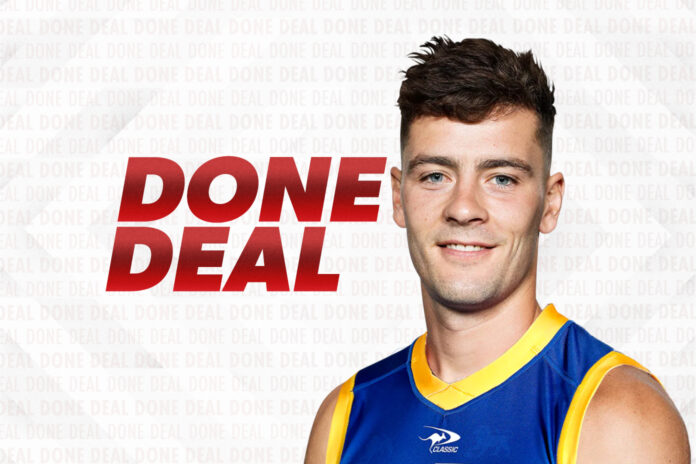 Western Bulldogs midfielder Josh Dunkley has seen his request to join Brisbane granted, with the two clubs agreeing to a deal where the Lions have sent four picks to Whitten Oval.

After ongoing negotiations that are sure to have left all parties frustrated, a deal was struck before Wednesday night's deadline, with Dunkley joining the Lions in a move that comes with much displeasure to the Dogs.

The Lions have sent Pick 21, their future first-round pick, their future second-round pick and a future fourth (tied to Geelong) while the Lions also get a future third-round and fourth-round (tied to Melbourne).

Dunkley departs the Kennel two years after requesting a trade to Essendon, however an insufficient offer from the Bombers, coupled with Dunkley's contract status, saw the move fall through.

With the midfielder's deal ending this season, the power has swayed into Dunkley's favour, despite threats the 25-year-old could be walked to the Pre-Season Draft.

The Bulldogs' initial demands for Dunkley were priced at two first-round selections, a request matching that when negotiations were underway with Essendon in 2020.

Dunkley joins a star-studded midfielder at Brisbane, joining the likes of Lachie Neale, Hugh McCluggage, Zac Bailey, Jarryd Lyons and Cam Rayner, while top draft prospect Will Ashcroft is also on his way to the Lions as a father-son selection for next month's National Draft.