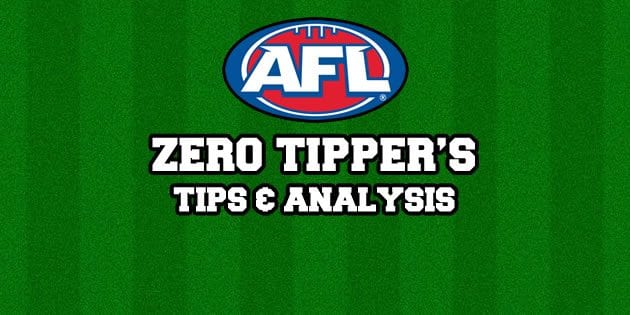 Port Adelaide absolutely destroyed Hawthorn in the first quarter of their round four clash, before the Hawks fought back to fall eight points short of victory. The reigning premiers only just beat the Power by three points in the Preliminary Final year and Port beat Hawks by 14 in round 10 last season. Three incredibly close games between these two sides in the last 12 months has punters wanting more and they should get it. Despite Port being out of finals contention, they are still trying to play a fast paced attacking brand of football that may challenge the Hawks. Hawthorn should get the four points though, as they will be keen to show Port who's boss after struggling to beat them in recent meetings.

Collingwood's loss last week has ruled them out of finals contention, but coach Nathan Buckley will be hoping for a strong finish to the season regardless. The Tigers are still in the hunt for a top four spot and other than a poor performance against the Crows two weeks ago, have been in good form and should be too good.

The Giants are also likely to miss the eight after a loss to Port Adelaide last week. However, the Swans have been hanging on for dear life, winning just two of their last five, as questions are now being asked about Sydney's premiership credentials as they sit in fifth spot on the ladder. That said, the Swans should beat the Giants, but it won't be easy. The Giants were good last week at a ground they traditionally do not play well at, before being over run in the final term by the Power. It will be a tight affair, with Sydney just getting over the line.

Despite the Suns sitting one spot below the Bombers on the ladder, they are definitely in a far better head space than Essendon. Who knows how they will perform after the departure of coach James Hird. My guess is just as poorly as they played with him at the helm. The Suns will record just their fourth win of the year as they continue to find some form in the second half of the year.

St Kilda has not beaten Geelong since the 2010 Qualifying Final. Geelong's recent dominance over the Saints should continue but it will by no means be as dominant as the last two encounters, in which the Cats won by 96 points and 101 points. St Kilda were impressive for a half against North Melbourne last week, before being over run in the second half. Expect a similar game this week.

The Crows have won their past two and are now in the box seat to claim eighth spot thanks to a 112 point win over Essendon. Brisbane got off the bottom with a win over Carlton, but it won't mean much when they face an in form Adelaide side with Patrick Dangerfield playing some of the best footy of his career.

North recorded its sixth win in a row last week and are flying after looking in danger of missing out on the eight just over a month ago. Fremantle will be keen to bounce back after a disappointing loss in the derby to the Eagles and they should do exactly that at home. The absence of Jack Ziebell through suspension will hurt the Roos.

It will be an eerie feeling at the G this Sunday, with two of the leagues lower drawing crowds for this season facing off. Melbourne should win, but expect it to be a dour affair.

Promises to be an enthralling clash. The Eagles should get the four points given their impressive win in the derby and the home ground advantage. They will also want revenge for the shock loss to the Bulldogs in round one this season. However, the Bulldogs have shown that they can match it with the best this season and this one may well go right down to the wire.