This week’s AFL news has surrounded Geelong’s Tom Hawkins and perennial GWS bad boy Toby Greene as two of the biggest names rubbed out of preliminary finals. The Giants will make one last attempt on Thursday to overturn Greene’s suspension.

Last week, it was West Coast’s Willie Rioli suspended due to his ASADA indiscretion. The Eagles then lost any chance of back-to-back premierships in their semi-final loss to Geelong.

But fear not, Cats and (possibly) Giants fans.

Statistical history shows teams with suspended players still have a 50-50 chance of winning finals. Adaptability is everything. Or, as Mick Malthouse would say, “At the end of the day, you’re a windshield or a bug.”

Last year, it was the Eagles’ Andrew Gaff who missed their entire finals campaign after his eight-match suspension for breaking the jaw of Fremantle’s Andrew Brayshaw. A teary Gaff was consoled by his victorious premiership teammates after the heroic come-from-behind grand final win.

GWS also have some history of finals suspensions, with Steve Johnson missing their 2016 preliminary final after a mistimed bump on Sydney’s Josh Kennedy the week before. The Giants missed a debut grand final appearance by just one goal in their prelim loss to eventual premiers Western Bulldogs.

Johnson also missed Geelong’s 2012 elimination final, a 16-point loss to Fremantle, in the same week Heath Grundy suffered a similar punishment. However, Grundy’s Swans won all their finals including their most recent premiership, beating Hawthorn by 10 points.

Brent Harvey missed North Melbourne’s slender elimination final win against Essendon in 2014 due to an earlier three-game suspension. He was also cited for a bump on Joel Selwood in the Kangaroos’ six-point qualifying final win over Geelong and suspended for one week. Fortunately for Harvey, he won an appeal to play in the prelim. Unfortunately, they lost it by 71 points against Sydney.

As for Geelong, they lost Paul Chapman for the 2013 prelim final, which Hawthorn won by just five points. The Hawks then went on to defeat Fremantle in the grand final. Lance Franklin also missed the Hawks’ elimination final that year, but they comfortably accounted for Buddy’s future team of Sydney. Both offences were for bumps and reduced from two weeks to one with guilty pleas.

Collingwood is no strangers to the judicial system during finals.

In 2002, Jason Cloke missed their losing grand final, before Anthony Rocca missed another in 2003. “No one should have to deal with that sort of feeling,” Rocca said at the time.

Brodie Holland was also suspended for that season’s qualifying final win after gut-punching former Magpie Paul Williams in Round 21.

In 2007, Ben Johnson‘s season ended early with a six-match suspension for his unfortunate bump on Melbourne’s Daniel Bell. The Demon was stretchered off the field in a neck brace. Pies captain Nathan Buckley publicly slammed the AFL Match Review Panel for inconsistent adjudication.

Dale Thomas missed a winning qualifying final in 2011, again for a high bump. It was also when – like Jaidyn Stephenson this year – Heath Shaw was recalled for the finals after serving time for a gambling ‘breach’. His $10 bet involved premiership captain Nick Maxwell, who himself was banned for two finals in 2012 for ‘breaching’ Paul Puopolo’s nose.

If you thought Essendon’s elimination final was bad this year, consider 2009 when Adelaide eliminated them by 96 points. The Bombers had lost Matthew Lloyd, Patrick Ryder and Sam Lonergan to suspension after Lloyd’s colossal shirtfront on Hawthorn’s Brad Sewell in Round 22. The Bombers won that mini war, but it would be Lloyd’s final battle.

Dustin Fletcher was the other red and black book-end to be banished from finals. 2002 and 2003 came as a double blow to Fletcher, as his team lost both elimination finals while he watched from the sin bin – the first occasion for tripping and the second for striking.

Adelaide captain Mark Bickley was reportedly “shattered”, but not as much as Darryl Wakelin’s cheekbone which Bickley fractured with his elbow in 2002. The incident cost Bickley five games, including three finals and ended both his and Wakelin’s seasons.

Finally, one player who counts himself very lucky not to have missed a grand final is Barry Hall. ‘Big Bad Barry’ admitted he “got away with one” when he snuck a right jab into Matt McGuire’s stomach in 2005. It earned him a one-week suspension, reduced to a reprimand after the club argued the incident occurred ‘in play’, despite being fifty metres from the ball.

It was three years before Hall’s infamous hit on Brent Staker at the SCG, the most serious (seven weeks) of his 22 games’ suspensions from 13 reports.

Compare those incidents to this week’s suspensions. As Kermit the Frog would say, “it’s not easy being Green(e).” 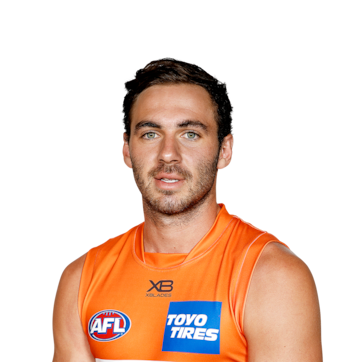