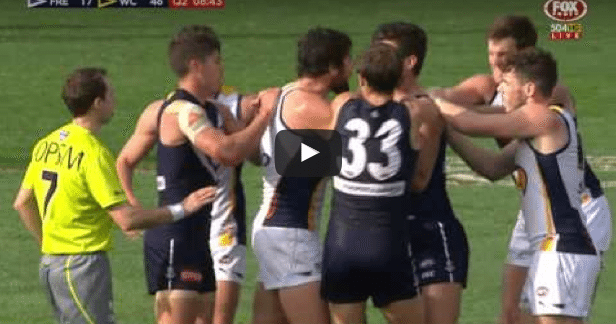 Fremantle’s Alex Silvagni faces a lengthy spell on the sidelines after an ugly behind the play hit on West Coast’s Jamie Cripps.

Silvagni appeared to elbow Cripps in the jaw off the ball, leaving the Eagles’ forward hunched over on the ground in obvious discomfort.

Cripps underwent a concussion test, before returning to the field in the second half.