Geelong have put forward a creative contract for Western Australian Tim Kelly, with a unique one-year deal that will make him the fourth highest paid player at the Cattery.

As reported by The Age, the second-year midfielder is set to be offered a one-year contract with the a second year bonus option if accepted, worth more than $800,000 per season.

The deal would ultimately put him behind salaries of only Patrick Dangerfield, Tom Hawkins and Joel Selwood at the club – and would see Kelly become the highest-paid third year player in league history.

“What we’ve offered is significant and we’re hoping is enough to stay,” Geelong list manager Stephen Wells told The Age.

“Everyone’s got their own circumstances, but we’d be silly not to be creative in our thinking in order to keep a good player like Tim Kelly.”

Kelly, who turns 25 in July, is currently being hunted by both West Coast and Fremantle in an attempt to lure the talented on-baller to his home state. However, the Cats are confident that their one plus one-year bonus will be enough to convince Kelly to stay.

Outlining the small details of Geelong’s proposal, the deal will see Kelly in the blue and white hoops for season 2020 as one of the highest paid players yet with the option of returning to WA at years end.

Two of the higher profile players in Hawkins and Selwood are contracted until 2020 and 2021 respectively, meaning the Cats will device a plan that will boost Kelly’s salary if he chooses to stay beyond 2020.

Many would agree that the deal would be worthwhile for Kelly, who has continued to dominate a competition since he was drafted as a mature-aged player prior to season 2018.

This season, Kelly is averaging 27 disposals, seven clearances and five tackles per game across 12 rounds – arguably one of the the most dominant players in the league.

Kelly’s manager who is currently located in Perth will work the the Cats from here until season’s end, with more drama awaiting the situation after he was denied a move to the Eagles in last years trade period.

Geelong have the bye this round, and currently sit two games clear of second-placed Collingwood on the AFL ladder. 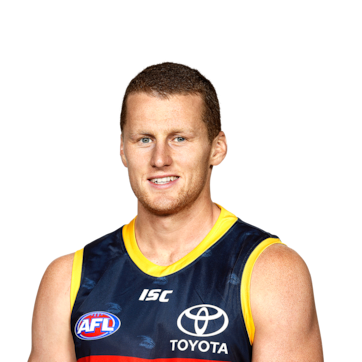