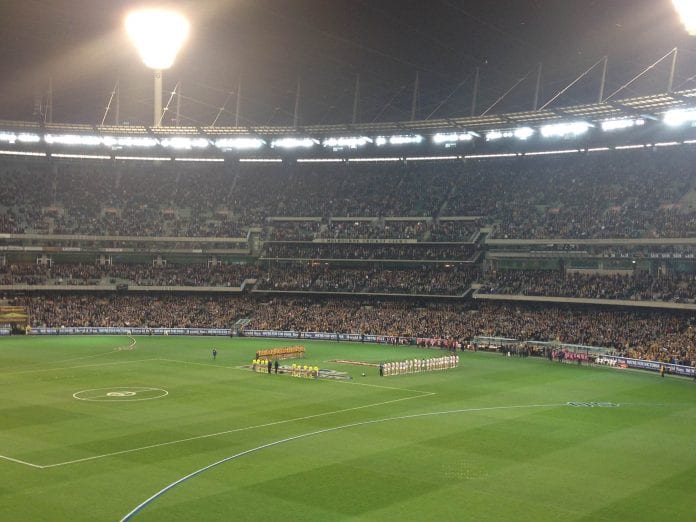 One of the AFL’s fiercest modern rivalries continues tonight when Geelong take on Hawthorn in the qualifying final at the MCG.

Both sides have been extremely dominant in the past decade, winning seven of the past nine premierships between them.

2016 has been a big season for both clubs. Both teams finished the year with 17 wins, however, Geelong ended up with a higher percentage, resulting in second place on the ladder.

Geelong won their last five games, while Hawthorn has only won three of the last five, dropping games against Melbourne in Round 20 and West Coast in Round 22.

The powerhouse sides only played each other once in 2016, all the way back in Round 1, where Geelong secured the win by 30 points, a confidence booster Geelong will sure take into tonight’s clash.

New Cats' recruit Patrick Dangerfield ran rampant that day, collecting 43 disposals in his debut in the blue and white hoops.

Geelong has only made one change heading into the match, with Scott Selwood coming back into the side after missing Round 23 due to hamstring soreness.

Jed Bews is the unlucky one to make way.

Dangerfield looms at the most important player for the Cats will be key to getting Geelong over the line.

It is also important to point out that Geelong are ranked No.1 for marks inside 50, averaging 15.2 per game. The Cats are also strong in centre clearances, coming in second in the league.

The Hawks have made two changes. Ben Stratton will return after sustaining a small tear to his pectoral muscle in Round 20 and Ben McEvoy has returned from a back issue that kept him sidelined against Collingwood in Round 23.

Cyril Rioli will prove to be a key player for the Hawks. The 2016 All Australian will likely line-up on either Corey Enright or Tom Ruggles and his influence will need to be great, for the Hawks to advance to the preliminary final.

Playing at the MCG should also provide a small benefit for the Hawks, despite it been a Geelong home final. The Hawks have played 11 games there this year, compared to Geelong who have only played there three times this year.

Hawthorn could also gain extra motivation from teammate and Premiership player Jarryd Roughhead’s absence from the team, who would be expected to be a positive influence among the playing group despite not been able to play for health reasons.

The winner of tonight’s game will have a week of to prepare for the elimination final and the losing side will play the Western Bulldogs next week.