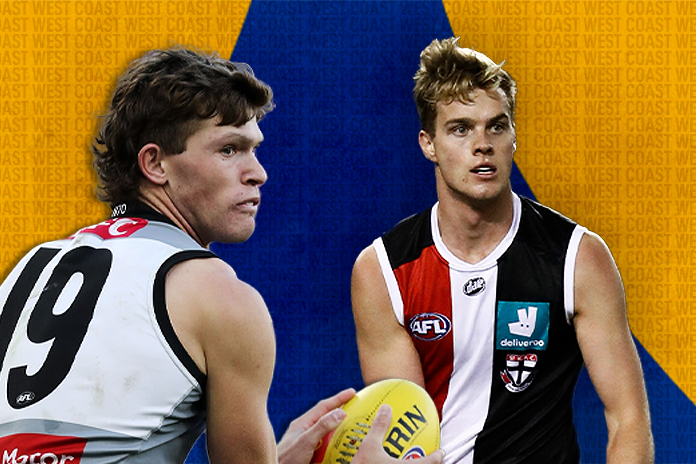 The Eagles have just endured one of their worst ever seasons, something the historically successful club will be desperate to correct. The club finds itself at a crossroads though, having competed in finals for years, their descent was as quick as it was surprising.

There's no doubting COVID and injuries absolutely destroyed their start to the season and from there it was impossible to recover. However, there are some worrying signs at West Coast, particularly with some star players.

Legendary forward Josh Kennedy has called time, while the end is surely not far away for Shannon Hurn, Luke Shuey and Jeremy McGovern. These names will be almost impossible to replace quickly, but it's the task the Eagles face.

The Eagles will likely look to add depth in the key position areas, while a small forward or outside midfielder wouldn't go astray either.

With that in mind, let's take a look at five possible targets for West Coast this off-season.

Perhaps the most obvious is the biggest fish available in this year's trade period. Western Australian Luke Jackson has requested a trade back to Perth and is, reportedly, happy to go to either club.

Having just lost legend Josh Kennedy, the Eagles are already down a big man forward of centre. Add to that the load that Nic Naitanui has carried over his career and the lack of a quality backup for him, and a play for Jackson makes sense on a lot of levels.

Jackson is still very young but brings premiership experience. Perhaps the most important aspect of any trade for the big man is that he will still be in his prime when the Eagles are challenging for finals again.

With the club likely to lose Jeremy McGovern and Shannon Hurn in the coming seasons, salary cap room should not be an issue. The real issue will come with Melbourne's asking price.

The Eagles need to reload on young, top-end talent, so giving away two first-round picks is unlikely to appeal to them, any deal for Jackson will likely depend on other moving parts.