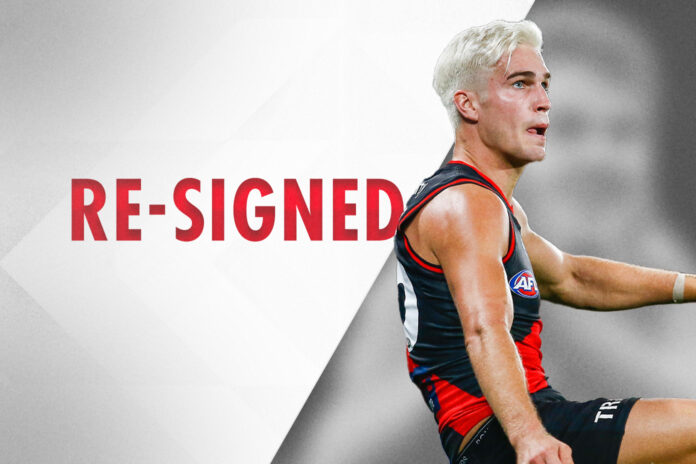 Essendon forward Matt Guelfi has put pen to paper on a new two-year deal to tie his future to the club until the end of 2024.

The new deal is just reward for the 25-year-old who has had a career-best season featuring 20-times for the Bombers and kicking 17 goals.

Taken with pick 76 in the 2017 National Draft, Guelfi said he was honoured to be able to commit to the club.

“There’s no doubt it’s been a testing season for us, but I really believe in where this playing group can go and I’m excited to stay on,” Guelfi said.

“I am grateful to the club for the opportunity to remain with this group. I really feel like I’m building some consistency in my game, so I already look forward to getting stuck into the upcoming pre-season to continue to build on that.”

List manager Adrian Dodoro said in a statement that the new deal was a just reward for the hard work.

“Matt’s ability to help the team where needed this season has been a real strength of his, and this extension is a fitting reward for the work he has put in to improve his game this year,” Dodoro said.

“We look forward to seeing what Matt can produce with continual improvement over the coming years.”

Guelfi was one of a number of uncontracted Bombers whose futures were in the air as Ben Rutten was sacked as coach on Sunday afternoon.

Dyson Heppell, Aaron Francis and Alec Waterman are another three players who are yet to make or have a decision made about their respective futures.

Heppell has reportedly drawn interest from Gold Coast who could be willing to offer the Essendon skipper a longer term deal than the one-year reportedly offered to him by Essendon.