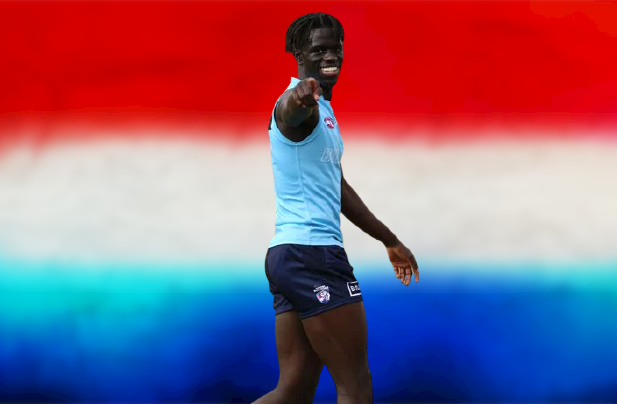 The Bulldogs on Thursday confirmed that the 21-year-old would get his opportunity.

A refugee from South Sudan, Khamis arrived in Australia in 2006 with his family, having also spent time in a refugee camp in Kenya.

Buku gets his @AFL opportunity.

Grab the tissues, this is special 😭 pic.twitter.com/HCo2fYDxRv

Khamis was a late comer to AFL, having first started playing the game in his final year of high school.

The athletic backman became the Bulldogs' first Next Generation Academy recruit when he was added to the club's playing list as a pre-selected rookie in 2018.

Buku Khamis will make his @AFL debut against Carlton on Sunday.

Khamis gets his chance at AFL level after impressing in the VFL, where he has averaged 17.7 disposals and 10 marks from the first three games.

The Bulldogs host the Blues at Marvel Stadium on Sunday at 3.20pm AEST.

Selwood brother to pull the boots on at local level