Former AFL star Travis Cloke has revealed a sledge from a St Kilda listed player during a VFL game while he was playing for the Western Bulldogs in 2017 nearly made him quit footy.

Just weeks before his first season with the Bulldogs, Cloke stepped away from the game with anxiety issues, which the Bulldogs publicly acknowledged.

In Cloke’s first match for the Bulldogs’ VFL side Footscray, a St Kilda AFL listed player who was playing for the saints’ VFL affiliate Sandringham, made constant remarks about Cloke’s mental health, which had a serious effect.

Speaking on the Herald Sun’s Sacked podcast, Cloke admitted to wanting to punch the player during the game, but didn’t and after the game admitted to feeling so demoralised that he considered walking away from the game there and then.

Cloke didn’t reveal the St Kilda players identity, who is no longer at the club, but couldn’t believe how in today’s day and age that a player would go to those lengths to get into someone.

“I was playing in the VFL for the Dogs. I think it was my first game back from having a bit of a lay-off,” he said.

“I was down at Sandringham playing down there. One of the players turned around with a remark or a sledge.

“I haven’t repeated it and I didn’t even make an official complaint even though I thought it was disgusting.

“He was a young player and I didn’t want him to be tarred by this reputation and sledge for the rest of his career.

“But definitely it resonated with me to the point where I almost walked off the field.”

Cloke made it known to the umpires what was happening and then later told his coaches about the situation.

“Things were done, but not enough in my eyes,” he said.

“I am still waiting for a call to apologise, that’s how disgusting it was.

“I guess that was more the moment where I was thinking, ‘This is bulls**t, what I am putting myself through the stress of this game of football for when some 20-year-old kid can turn around and say what he said’.”

Cloke said the sledges were deliberate and not once off thing.

“Yeah definitely. When remarks come out about mental health that are repeated a couple of times, the first time something is said is water off a duck’s back,” he said.

“That’s all right, it’s a competitive game, but the second and third time, enough is enough, and it almost pushed me over the line. I almost stopped the game, went over and grabbed him. “That was the point where I was at. I was pretty lucky the halftime siren went and I obviously removed myself from the situation in the rooms.

“The umpire came up to me because I told him to do something about it or I will do it myself as the second half starts.

“I wasn’t afraid to get suspended at the back end of my career, a weekend off is not a bad thing. It definitely crossed my mind after that game. Do I even want to play again?

“Do I want to step back out on the field and put myself back in that situation or if someone does do it again what am I going to do, am I going to snap?

“And that’s not normally in my character. Yes, in my career I got reported a couple of times for silly incidents but nothing that was over the top or brutal but this would have pushed me to that stage.”

Cloke added the Saints player wasn’t fully held accountable for his actions and felt the Saints could have done more.

“An official from the football club did reach out purely because I had a relationship with them, but it wasn’t enough for me.

“I wouldn’t say the dogs brushed it under the carpet, they did all that they could to help me and support me which is great, but I guess that club with the player involved didn’t do enough in my eyes.” 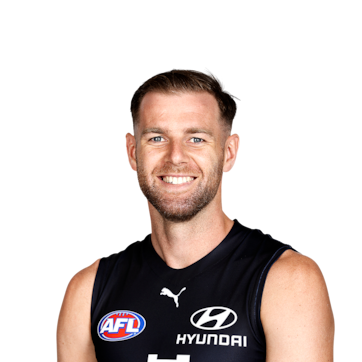