The Saints wrapped up a big win over the Magpies on the weekend and Leigh Montagna was one of the stars for St Kilda.

He finished with 40 disposals, including, including 14 marks and three tackles. His performance around the ground was a large reason the Saints were so dominant in their win at the MCG.

In all of his 412 games, Brent Harvey had never kicked 6 goals before. Not until this weekend’s win over the Demons.

If a career-high goals total wasn’t enough, he also added 22 touches around the ground and five tackles to round out one of the most complete performances in Boomer’s career at the ripe old age of 37.

The Tigers were bitterly disappointing at home on Saturday against the Adelaide Crows, but Brandon Ellis cannot be blamed.

His 39 touches led all players on the ground, and adding in 11 marks, he was best on ground in a beaten side.

If there was a player who could leave Bellerive Oval with his head held higher than Brent Harvey on the weekend, it was Todd Goldstein (no puns intended).

Five goals, 38 hitouts and even five tackles from the big man further enhanced his credentials as arguably the best ruckman in the league.

As the Gold Coast Suns made it three wins from three games on the weekend, there were few more impressive on the ground than Aaron Hall.

One goal, 40 disposals and six marks arguably outshone even his legendary skipper, and made Gold Coast fans wonder about the possibilities of the coming year.

Hall has recorded at least 32 disposals in every game so far this season. 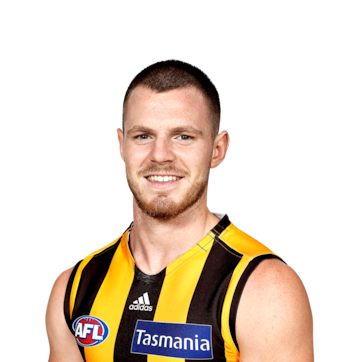