Port Adelaide star Aliir Aliir is set to go under the knife after suffering an ankle injury in Saturday night's loss to Brisbane.

Power assistant coach Nathan Basset spoke to the media on Monday regarding Port's recent injury trouble, revealing the extent of the damage for several key names, including the club's All-Australian defender.

Basset revealed that Aliir has sustained syndesmosis of the ankle in their 11-point loss to Brisbane and will require surgery, keeping him out for an extended period of time.

The Power assistant also stated that although Aliir will be very hard to replace, young defender Sam Skinner is a likely replacement due to his similar style of play to the injured key back. 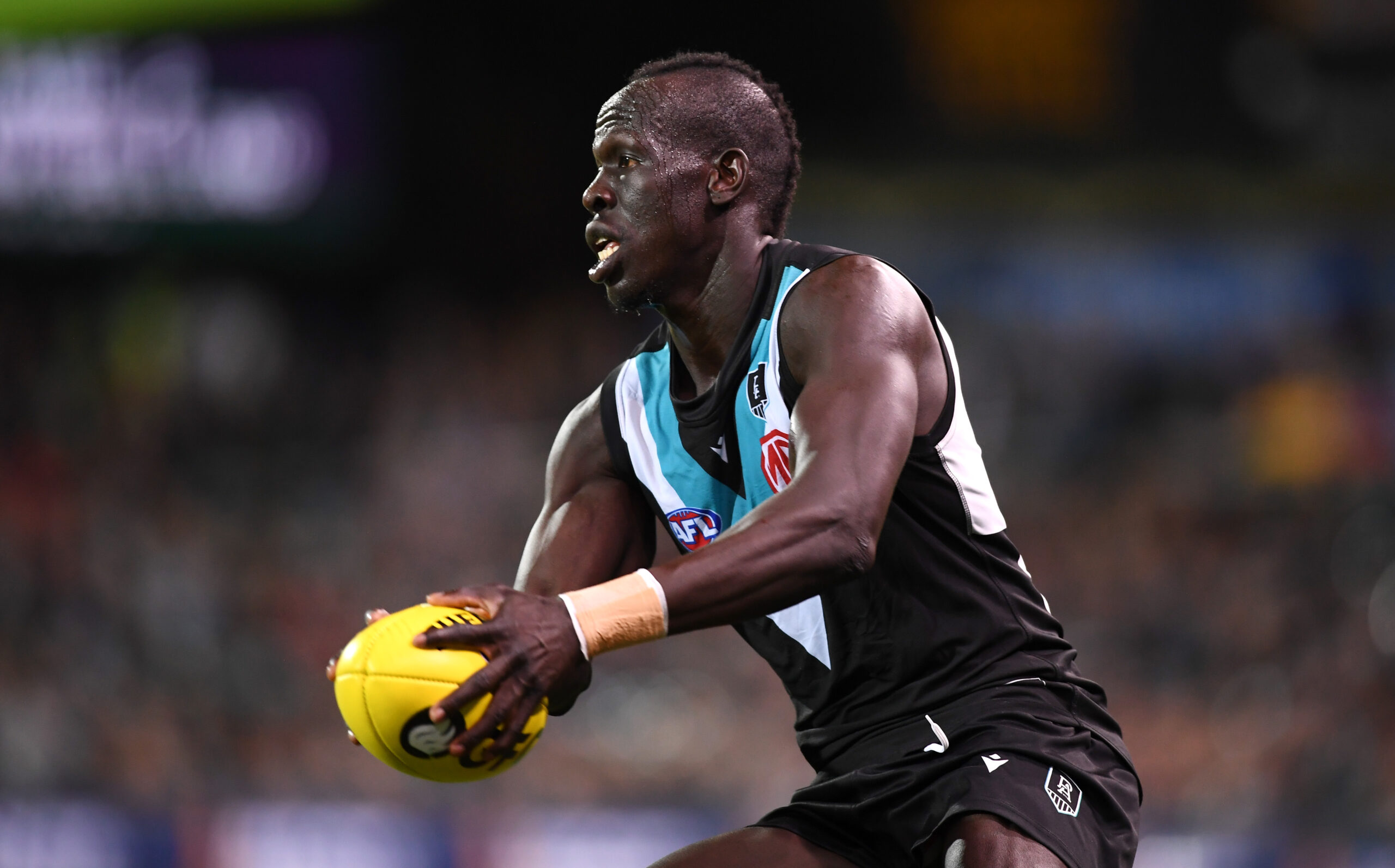 In better news for Port Adelaide, scans have cleared defender Trent McKenzie of significant damage, with the Power backman on the cards to return this week against Hawthorn after being stretched off the Gabba on Saturday night.

Injured trio Connor Rozee, Xavier Duursma and Robbie Gray are all at a chance to play in Round 2, but will be assessed throughout the week.

Rookie Josh Sinn was also mentioned as a potential addition to the upcoming squad given the potential needs for coach Ken Hinkley to shuffle his magnets.

Despite the Round 1 loss, Basset drew on the positives from Port's performance, stating the physicality the team brought to every contest gave them a great chance to win the game, feeling the club is moving in the right direction in terms of list collection and development.

Port Adelaide will host Hawthorn at Adelaide Oval on Saturday night as they chase their first win of the 2022 season.