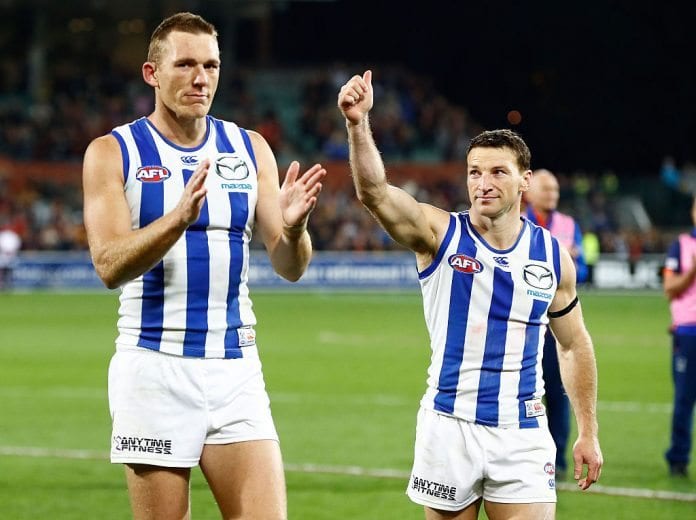 North Melbourne discard Drew Petrie is set to nominate for the pre-season draft, as he looks to extend his career.

Petrie was delisted by the Kangaroos at the end of the season, along with fellow veterans Nick Dal Santo, Michael Firrito and games record holder, Brent Harvey.

While Harvey and Firrito opted to call time on their careers, Petrie and Dal Santo indicated their desire to play on next season.

Petrie has been linked with a move to West Coast, following long term injuries to big men Nic Naitanui and Scott Lycett.

However, after the Eagles signed Geelong ruckman Nathan Vardy during the recent trade period, their interest in the 34-year-old appeared to have dissipated.

But the Eagles now look as though they will most likely still throw Petrie a lifeline and sign the ruck/forward option as a back up tall, with Naitanui out for the entire 2017 season, while Lycett will be touch and go to return in time for Round 1.