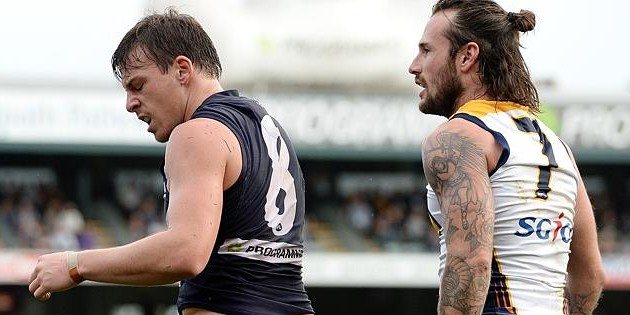 West Coast’s Chris Masten is being investigated after being accused of biting an opponent during Sunday’s spiteful Western Derby.

Fremantle’s Nick Suban yelled out, “he bit me,” after Masten laid a tackle near the boundary line.

Masten was not reported, but an umpire took note of the claim and has referred the incident to the Match Review Panel.

The MRP is searching for footage of the incident as it investigates the allegations.

AFL at risk of having “18 Collingwoods next year” due to...