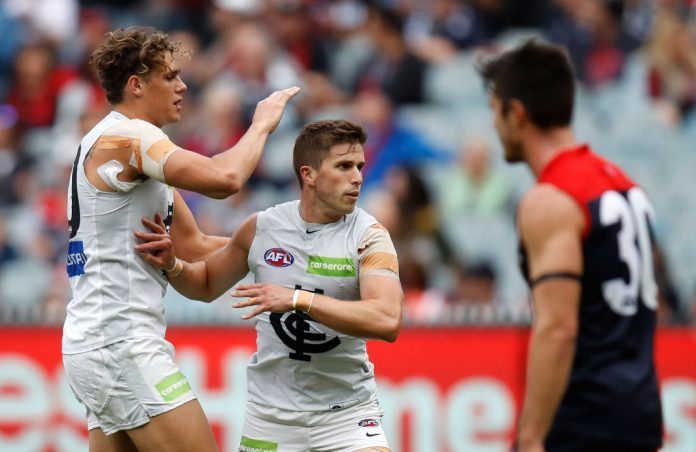 Carlton have made a late change ahead of their clash against Essendon at the MCG on Sunday afternoon, with Charlie Curnow being withdrawn from the side.

Former Fremantle and GWS midfielder Rhys Palmer has replaced Curnow in the side, who was withdrawn with a quad injury.

Palmer will make his club debut for the Blues, after making the switch to Carlton following 122 games with the Dockers and Giants since 2008.

Essendon will enter the match as named.

See the full teams for round three here.