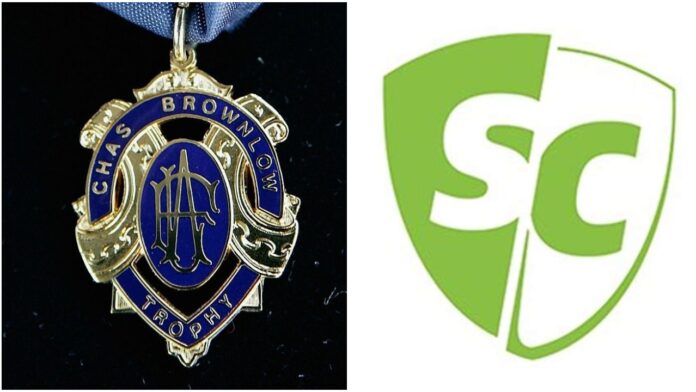 With the regular season finished and the finals in full swing, the Brownlow is fast approaching.

Instead of the usual Brownlow predictor, Twitter user azzajewell decided to do a Supercoach Brownlow to celebrate the amazing individual Supercoach performances throughout the year.

The count was done with the top three Supercoach scores from each home and away game being awarded 3-2-1 votes respectively.

Hello and welcome everyone to the 2021 #SuperCoach Brownlow Medal count.

I'm Azza, your host, and tonight we're going to celebrate the magnificent SuperCoach performances of the year.

The count is simple, the top 3 SuperCoach scores from each H&A game are awarded 3-2-1 votes. pic.twitter.com/P9mnKEtVBP

Collaborating the results and the top players from the count, here's how it all panned out.

Wines has been a beast this year, averaging a career-high 32.1 disposals per game for the Power and an average of 112.5 Supercoach points on the season.

A definite Brownlow Medal fancy, the Port star polled the perfect three Supercoach votes in four games this season, with high scores of 143, 139, 154 and 161. Also, a worthy winner of the Zero Hanger MVP Award.

Darcy has been one of the most improved players in the competition and has established himself as one of the premier ruckman in the game.

The Dockers big man averaged a career-high 16.6 disposals per game to go along with 28.5 hit-outs and 118 Supercoach points for each outing.

Polled the three Supercoach points on six occasions during the season, including massive scores of 193, 183, 156 and 150. Ruckman historically don't poll greatly on Brownlow night, but a strong finish here.

The Demons superstar has enjoyed a career-best season, averaging a career-high 31.6 disposals and 123.5 Supercoach points per game.

Expected to poll well come Brownlow night due to his impact on games with his contested ball-winning abilities and moving forward to kick goals.

Polled the perfect three Supercoach points in three matches this season with impressive scores of 140, 204 and 166. Managed to poll in eight other games highlighting his consistency across the season.

The 'Bont' is arguably the favourite to take home 'Charlie', and it's no surprise why given his elite skills and ability to play as a midfielder who can move forward and convert inside 50.

Averaged a career-high 27.1 disposals and a goal per game to go along with 119.7 Supercoach points. Polled the perfect three Supercoach points in five games this season including scores of 145, 159, 149, 143 and 156. Expect him to poll strongly on Brownlow night.

The Blues midfielder has elevated himself into elite status in 2021. Averaged a career-high 29.8 disposals per game to go along with 117 Supercoach points on average.

An exciting player to watch and is a dark horse to take 'Charlie' home. Polled three Supercoach votes on four occasions with scores of 144, 130, 158 and 193, whilst polling in five other games.

Gawn continues to be the dominant ruckman in the league, averaging a career-high 18.4 disposals per game, to go along with 32.3 hit-outs and 120.8 Supercoach points per game.

Polled a perfect three Supercoach votes on five occasions during the season with scores of 137, 163, 172, 138 and 100. Unfortunately, ruckman don't poll that well at the Brownlow so it will be unlikely that Gawn takes out the top prize.

Averaged 114.1 Supercoach points per game, and had some massive games that will see him poll well at certain points throughout the season.

Grundy continues to be a consistent Supercoach scorer, with his elite ball-winning ability and hit-out dominance aiding the Magpies throughout every game.

Like Darcy and Gawn, Grundy may poll well but not enough to trouble the star midfielders of the competition when it comes to the Brownlow.

The 2018 Brownlow medalist certainly knows how to poll well come Brownlow night. Whilst not one of the favourites this year, Mitchell can't be counted out due to his ability to rack up impressive amounts of possessions.

The Suns' star midfielder has had an amazing season on a team that has struggled throughout. Unfortunately, he is ineligible due to suspension but he should poll very well, as not many of his teammates will take votes off him.

The dazzling Saints midfielder had a standout year, averaging a career-high 29.1 disposals and 8.4 tackles per game with an impressive average of 126 Supercoach points.

Steele is a beast in the midfield and is a huge chance to take 'Charlie' home, even in a disappointing year for the Saints.

Here's a look at the final standings, thanks to azzajewell:

And I declare the winner of the 2021 #SuperCoach Brownlow Medal...