Geelong’s last 10 years have been one of the most dominant eras in modern football.

They’ve finished in the top two on six occasions, won a premiership and played off in five preliminary finals.

Here are Geelong’s top 10 players of the decade:

One of the Cats’ best that constantly flew under the radar, the three-time premiership defender flourished under Mark Thompson, but it was his time spent with Chris Scott that proved his calibre in one of the competition’s best ever defences.

Mr. Reliable’s All-Australian season was one of his most dominant at the club, ranking first overall for kicks, third in marks and sixth in disposals whilst polling third in the Best and Fairest behind fellow AA selected teammates in Joel Selwood and Harry Taylor.

Mackie reached 280 games in the navy blue and white hoops, ranking as the ninth most capped Geelong player ever and reached 100 goals for his entire career.

MELBOURNE, AUSTRALIA – APRIL 23: Andrew Mackie of the Cats celebrates a goal during the 2017 AFL round 05 match between the St Kilda Saints and the Geelong Cats at Etihad Stadium on April 23, 2017 in Melbourne, Australia. (Photo by Adam Trafford/AFL Media/Getty Images)
BackNext 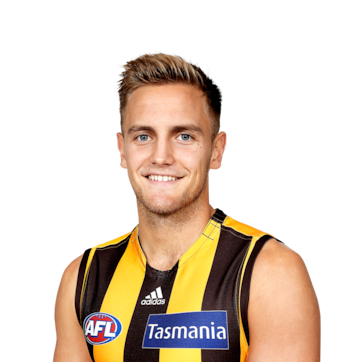