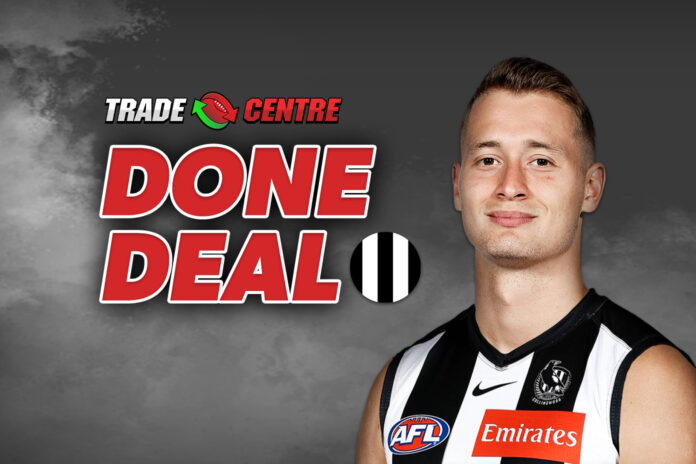 Collingwood have landed Geelong tall Nathan Kreuger as part of a trade that will see both clubs exchange later draft picks.

Kreuger will venture to the Holden Centre along with Pick 55, with the Cats gaining Pick 41 in return.

The 22-year-old has played two games for Geelong since being recruited to Kardinia Park in 2018 after the Cats traded with Carlton to land special access to the South Australian spearhead.

Kreuger was selected by the Cats as a promising key-forward, however the Victor Harbour product was utilised in defence across both of his appearances in 2021.

Collingwood were understood to have shown interest in Kreuger during last year's trade window, however the young tall opted to sign a new deal until the end of 2021.

With options still remaining limited under coach Chris Scott, Kreuger will now look to greener pastures at Collingwood this year.

The Magpies plan to use Kreuger in his more traditional role as a forward target, with Collingwood football boss Graham Wright expressing his excitement to see what the youngster can offer with more exposure.

“He’ll be more a forward than a defender. I know he played as a defender this year but he’s 196(cm), he’s got speed and he’s somebody who competes really well," Wright told SEN last week.

“For us it’s an area of need and from an age demographic perspective, he’s a 22-year-old. We’re hoping there’s some upside to him.”

The Magpies are looking to steer their list through a rebuild this off-season, with American import Mason Cox facing an uncertain future at the club.

Collingwood kicked off the trade period on Monday after being involved in a pick swap with Gold Coast.