Former North Melbourne and St Kilda midfielder Nick Dal Santo has voiced his concerns over the proposed seven-year contract the Magpies have put on the table for Brodie Grundy.

Collingwood and Grundy are set to agree on the contract soon, with the 25-year-old ruckman set to earn around $1million per season for the seven years.

While Dal Santo agrees with a seven-year deal, he isn’t convinced it should be handed to a player like Grundy.

His comments come on the back of GWS agreeing a seven-year extension with utility Lachie Whitfield, who can play off half-back, through the midfield or even up forward.

“I like it for this particular player and I’ve liked it with a few of the others that they’ve done,” Dal Santo told SEN Breakfast on Tuesday.

“The way that Lachie plays, his game style won’t go out of date.

“I’ve got some sort of concern with the Brodie Grundy seven-year deal. The position that he plays and the way that he exposes his body to get battered around, that’s just the life of a ruckman.

“I’m in no way saying that he is not worth a million dollars a year, he might be worth more in the current market, but seven years is risky for a ruckman.

“You are one contest away from a PCL, knees clashing, the way that they land and just the toll. I don’t know if there’s a position on the field that takes more toll than a ruckman.

“When you ruck you are jumping at someone all day, you’re wrestling, you get thrown to the ground, you just get mauled all day.

“Brodie Grundy has every right to ask for seven (years) and it looks like he’s going to get it and he’ll get his $7 million. But I’d be more comfortable giving Lachie Whitfield seven years knowing that the way he plays the game and the way he can adapt to multiple positions.”

A caller rang up and said the move to lock down Grundy was a “common sense” approach by the Magpies, given his status as one of the best players in the game.

Dal Santo heard the call and would agree with the assessment, although still said it’s more to do with the fact the Pie is a ruckman, and not with Grundy himself.

“I think that is exactly why they are going to sign him for seven years,” Dal Santo added.

“Brodie Grundy is clearly the best ruckman in the competition in my opinion, he possibly deserves more than a million dollars.

“I just have concerns signing a ruckman that’s already at his age (25) for seven years because it is so easy, and I say this while touching wood, that they can get injured because of the contact and the way that they jump at the football and the amount of workload that Brodie Grundy carries.

“If everything goes right then it is an absolute bargain, I just have concerns.

“Collingwood in some ways might have had their hand forced a little bit because he’s going to get it somewhere but we may look back at some stage and say, ‘geez, it is a risk’.” 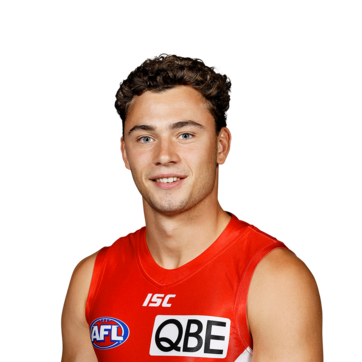