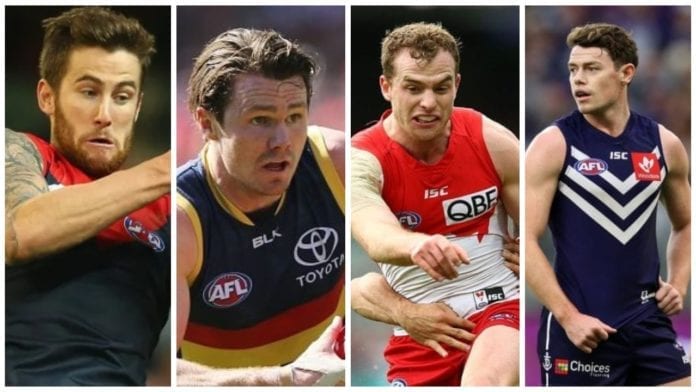 AFL clubs have had to farewell a number of players they wish they hadn’t.

This is their chance for one ‘tack back’ – getting back a player they lost to a rival through the trade window or free agency.

We’ve gone through all 18 clubs and selected the former active player they would love to take back.

Dangerfield headlines a long lists of star departures from the Crows, with the likes of Charlie Cameron (Brisbane), Jake Lever (Melbourne), Jack Gunston (Hawthorn), Jarryd Lyons (Gold Coast) and Ricky Henderson (Hawthorn) all finding the exit in the last decade.

The Brownlow medalist dealt instant heartbreak for his fellow fans after having one of the more dominant seasons by one player during his first year at Kardinia Park.

The injection of Dangerfield into the Crows midfield would give them the boost of confidence they currently play without.