After seemingly contending for finals every year for a decade, the Eagles had a disappointing 2021. Things have only gotten worse over the pre-season with multiple injuries to key players amongst other things.

Luke Shuey, Elliot Yeo, Dom Sheed, Jack Darling, Oscar Allen are all likely out for the first month of footy. While concerning, it presents the next generation with the chance to showcase their ability.

The Eagles have added Sam Petrevski-Seton and a host of exciting youngsters at the draft. While their depth was tested in 2021, this season looms as an even sterner examination. 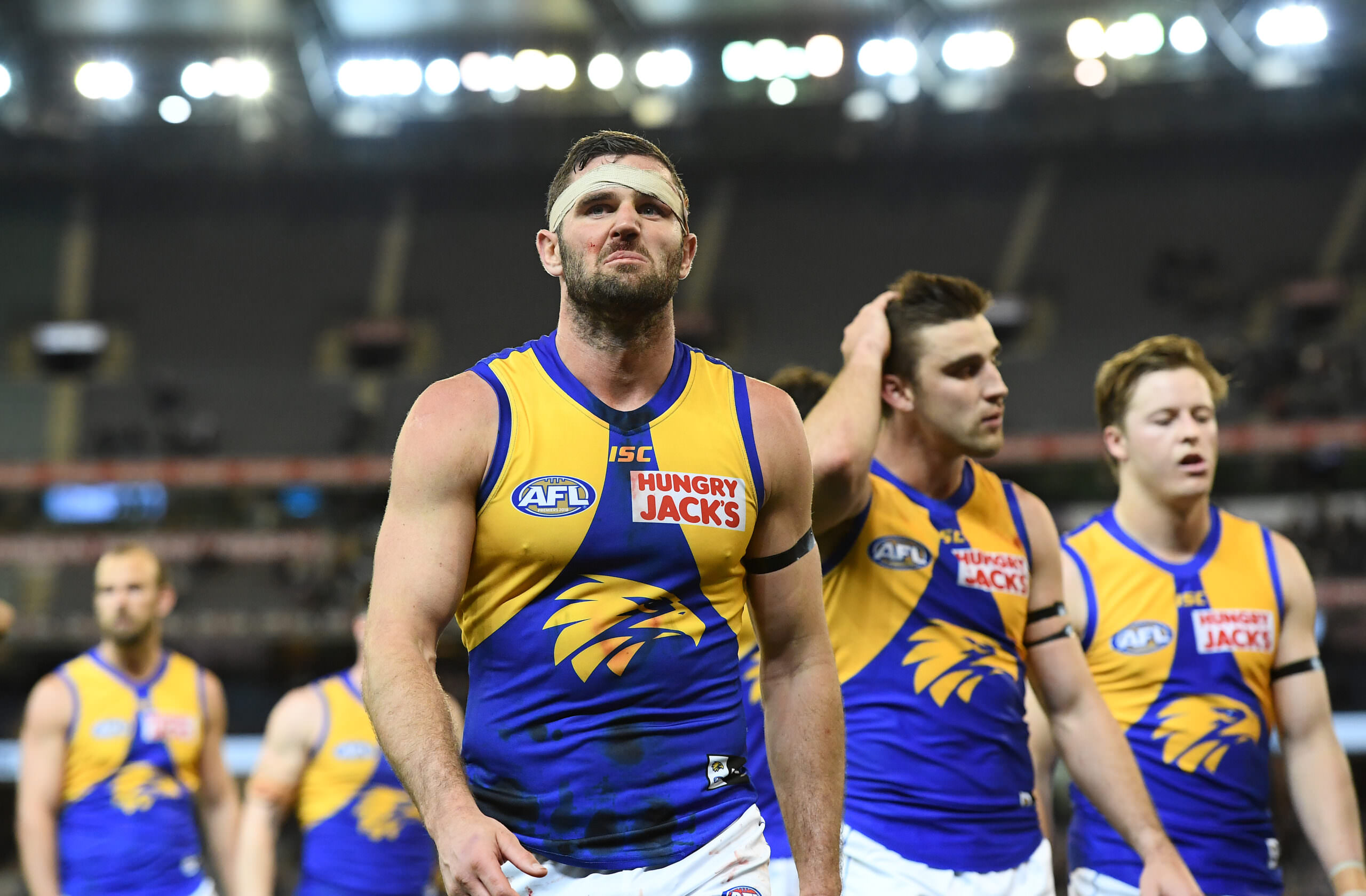 A host of senior players have retired or been delisted, there's now less to call upon. The loss of the likes of Nathan Vardy, Jarrod Brander and Brad Sheppard will be keenly felt.

These situations can at times result in a galvanising effect on a playing group. It remains to be seen if the Eagles can put that in the rear-view mirror and get back into finals contention.

Season 2021 was below par for the Eagles. As a powerhouse club, they pride themselves on always being in contention for finals. Injuries hit hard it's true, however more damaging was their inconsistency.

The writing was on the wall early in the season. Away to the Saints at Marvel, the Eagles blew a five-goal lead to end up losing by 20 points. Despite bouncing back after that loss to win four of the next five, the season began to unravel soon after.

Losses to Essendon, North Melbourne, Collingwood and Fremantle cost them a chance at finals. Those losses to teams either below or around them highlighted their lack of consistency. The loss to the Bombers at home was particularly costly.

The impressive development of Oscar Allen aside, season 2021 was one to forget for Eagles fans.

Top-end talent: The Eagles have a core group of seasoned premiership players. That group are mostly elite footballers to boot. The likes of Nic Naitanui, Andrew Gaff, Elliot Yeo, Luke Shuey, Josh Kennedy and Jeremy McGovern are all stars of the competition. 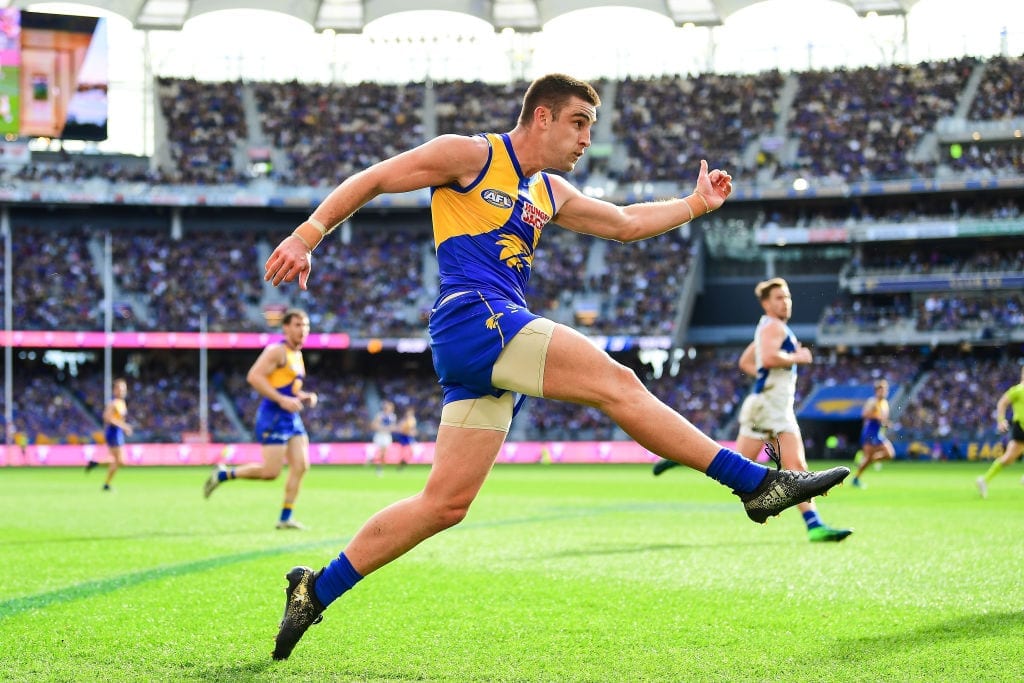 It's a crop few others can boast. This group has skill, power, determination and leadership, not to mention premiership experience. However, that's not the only area where the Eagles excel.

They had the least clangers per game in season 2021 with 50.6, while their ruck department is undoubtedly a strength, having the third most hit-outs (38.5) of any club last year.

With Darling back, albeit injured, their key forward stocks are good, while they have outstanding depth in midfield when fully fit.

Ongoing injury battle: With a clean bill of health, they don't have too many weaknesses. However, their injury record of late is appalling. The Eagles have consistently copped injuries to key players in Shuey, Naitanui, Yeo and McGovern, which has hurt their results.

It's a huge area of concern for the club, particularly now that their core group of stars are getting older. Aside from the injuries, the Eagles have a few other issues.

The final headache is being last for Rebound 50's per game with 34.5. Evidently, the Eagles have plenty to work on for season 2022.

Aside from being one of the AFL's most marketable players, Nic Naitanui remains one of the competition's most dynamic. Amongst the premier ruckman of the past ten years, he is still their most crucial player. Particularly now that Nathan Vardy has retired. His strengths are well known and a fit 'Nic Nat' makes the Eagles a threat in any situation. With the majority of their top-line midfielders out injured for at least the first month of the season, Naitanui's influence will be crucial.

If he can use his experience and skill to find the likes of Gaff, Kelly and Redden at the stoppages, the Eagles will fancy their chances.

Though currently injured, Allen looks a special talent and has become more impressive with each passing season. The athletic big man has excelled as the third tall option for the Eagles, yet 2022 looms as his greatest challenge to date.

With Josh Kennedy in his twilight years and Jack Darling injured, much will rest on the young gun's shoulders. He'll likely be the focus of a lot more attention from opposition players and will look to go up another level to rise to the challenge. 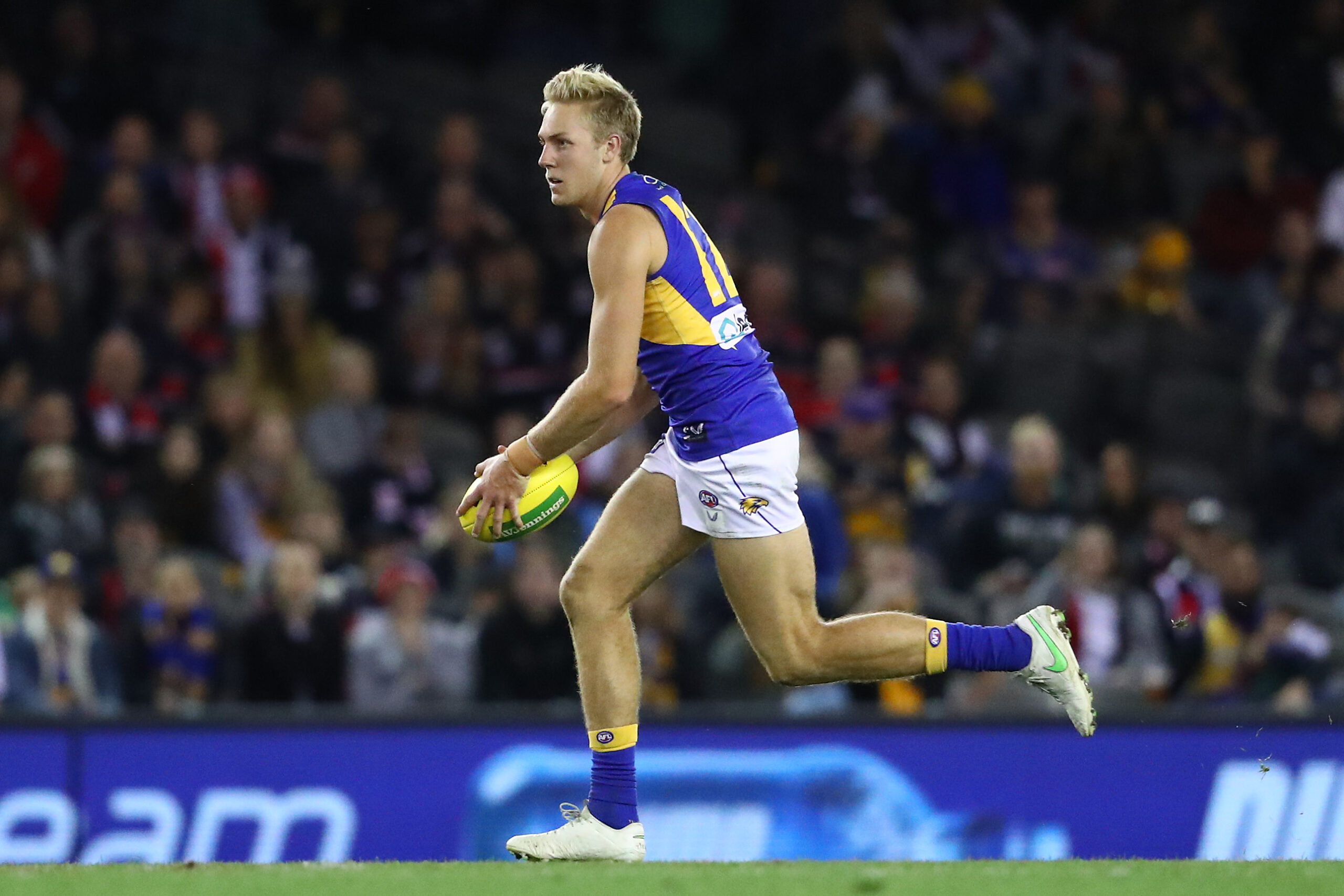 With strong hands and a great set shot, Allen will use 2022 as a chance to prove he can be the main man for the Eagles for years to come.

The start of the season will define 2022 for West Coast. Rounds 1-4 are all very winnable games, yet also dangerous. Playing Gold Coast at home, North Melbourne at Marvel, Fremantle in the Derby and Collingwood at Marvel, the Eagles would normally fancy a strong start.

These are all teams who they should beat when fully fit. However, as things stand, these loom as danger games. All of them have youthful enthusiasm on their side and arguably, more momentum heading into the season than the Eagles.

Lose two or more of these games and it could be panic stations. Conversely, win three or more and it would show remarkable character for this proud club.

The Eagles have plenty of home games that, generally speaking, will help them get enough wins to avoid the bottom four. This advantage can't be underestimated. Winning against the Eagles in Perth is a daunting prospect for anyone.

As well as some home advantage, they still have plenty of star power. If they can get the majority of their gun players back on the field before the halfway point of the season, they should be more than competitive.

Having said all of that, the injuries will hurt and it may take longer to get them all back and firing. With an ageing core of stars, a rebuild and some short term pain may be on the cards.