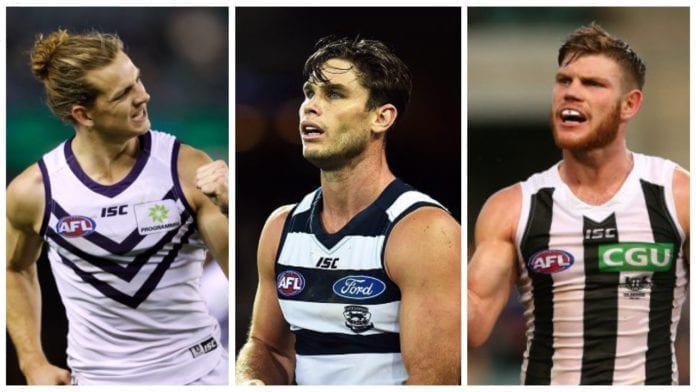 The AFLPA nominations for the 2020 Leigh Matthews Trophy are here, with a number of shock ins and exclusions for this years honours.

Each club has three players nominated for the award, with reigning champion Patrick Cripps failing to get the nod for a nomination in 2020.

Geelong star Patrick Dangerfield has failed to receive a nomination for the second straight season, with the Cats opting for star forward Tom Hawkins and midfielders Sam Menegola and Cameron Guthrie.

While there are a number of key omissions, there remains plenty of talent in the 54-man shortlist.

Brisbane star Lachie Neale, Melbourne bull Christian Petracca and high-flying Eagle Nic Naitanui are all nominated for the Players' MVP and will have a strong chance of winning the award.

All clubs have also nominated players for the Most Courageous Award, the Best First Year Player Award and Captain of the Year.