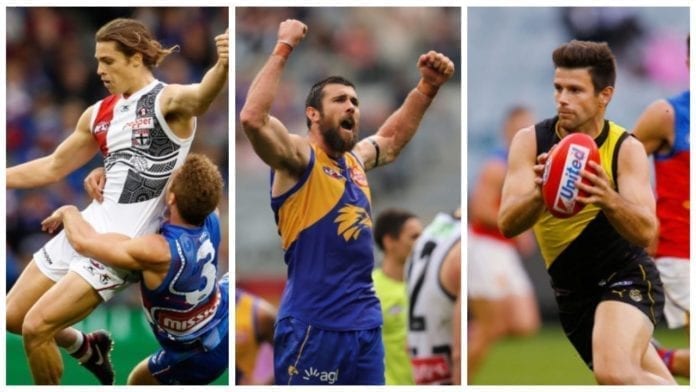 With the 2020 home-and-away season over, it is time to cast our eyes towards finals for an unprecedented October series.

Now the home and away season is over, here is how the teams have finished.

Based off of these standings, these are our predictions on how the 2020 finals will play out.

This match promises to be an absolute blockbuster.

Port have looked consistently dominant for the whole year, and will be raring to stamp their mark on the finals series early on with a win over one of their rivals.

The Cats too have been superb this year, and are have had ample experience towards the business end of the year.

But the question remains over which club will stand up when it matters.

Last year the Cats had a pretty disappointing September by their standards, surrendering a 4 goal half-time lead in the preliminary final against Richmond to go on to lose by 19-points.

The last time Port Adelaide made the finals was 2017, when they were left heartbroken after Eagles star Luke Shuey kicked a goal after the siren to win the match and knock them out at Adelaide Oval.

Geelong would be raring to finally get some reward for their star-studded list, while the Power would want to prove the naysayers wrong and show their game plan stacks up in finals.

When the teams met during the season, the Cats handed the Power a flogging, running out 10-goal victors.

However with the game being played at Adelaide Oval, the odds will be stacked against the Cats, with a home Port Adelaide crowd certain to be in full voice.

A month ago, footy fans would have been able to pick a winner here comfortably.

The Eagles were flying high, sitting in third with a game in hand and the possibility that the bulk of the finals series could be played in Perth.

Fast forward to now, and things aren’t looking as rosey for Adam Simpson’s side.

A 27-point loss to the Tigers was disappointing but perhaps understandable coming off a four day break.

But the news that the AFL denied the WA Government’s bid to host the Grand Final  punched a small hole in West Coast’s aspirations.

To put the cherry on top, a narrow 2-point loss to the Bulldogs practically put a pin in the Eagles top four hopes, even though they managed to overcome the Saints and the Roos.

The Pies have just snuck into the eight, and have done well considering the injury woes they had throughout the year.

Despite going down to the Power last night, Nathan Buckley’s side can be somewhat proud of the fight they put up against the minor premiers.

And with Jordan De Goey and Jaidyn Stephenson back into the side too, the Pies could pull off an upset.

However, Optus Stadium is not an easy place to travel, and the Magpies have had mixed experiences there when playing the Eagles.

With a full strength side, and Steele Sidebottom’s confirmed absence for the rest of 2020, West Coast should be able to overcome the Pies to advance to week two.

Brisbane have once again shown that they could be the real deal this season.

Sitting second on the ladder at the time of writing and coming off a seven game winning streak, they are raring up for a red-hot crack at this years finals.

Chris Fagan would be hoping that his side could perform better than they did in last years series, after his Lions exited in straight sets to the Tigers and Giants.

And with a home final on the cards, the Gabba is sure to be brimming with hungry Lions fans, desperate to see their side make waves in the finals.

However, if there is any team that relishes the chance to upset a team on their home patch, it’s the Tigers.

Once again, the Punt Road outfit have come into their own at the right time, winning 11 of their last 13 matches.

The best defensive acts from the Round 15 win over Freo, brought to you by @OtterBox. pic.twitter.com/i7jpgwqZsD

With key players looking to return in time for this game, they will undoubtedly be the team to beat still.

The last time these two met was in round 10, when inaccurate kicking cost the Lions dearly, going down by 41-points to the reigning premiers.

And with Damien Hardwick’s side not losing at the Gabba for fifteen years, and having beaten the Lions in every game since 2009, the Tigers will have supreme confidence going into this game.

Meanwhile, the Lions will be praying they can pull out a better result than they did in the corresponding fixture last year.

The Saints have surprised most fans this season with their determined performances.

They’ve claimed some big scalps in the form of Port Adelaide and the Tigers, but have stumbled at stages too, with losses to Melbourne and Geelong exposing some chinks in their armour.

Brett Ratten would be happy to at least win a final, and what better side to do that against than a team who’s underdog premiership win the Saints would be looking to replicate

What a goal from Jack Billings.

On his non-preferred, too ⤴ pic.twitter.com/ngaBphcTkw

Their stars are coming into form at the right time, with Marcus Bontempelli, Caleb Daniel and Bailey Smith all in red hot knick.

The last time these teams met was back in round two, when the Saints put on a show, running out 39-point winners.

Luke Beveridge’s side will be itching to replicate their aformentioned 2016 premiership where they won the Grand Final from outside the top four.

However, this St. Kilda team have shown all year what a threat they are, and Brett Ratten should be able to guide his side to their first finals win in almost ten years.