Every wondered which AFL club really has the most supporters?

Zero Hanger reveals which club has the biggest supporter base on social media, through both Facebook and Twitter.

There are not a lot of surprises at the top end with Collingwood topping the list with the most amount of Facebook (302,776) and Twitter (71.6K) followers, followed by Essendon and Hawthorn.

However, despite being well down in memberships compared to some of the other clubs, Sydney has the fourth most Twitter followers and fifth most club Facebook followers.

Adelaide and Port Adelaide both have huge membership numbers with well over 50,000 fans signed up, however they sit eight and 11th respectively on the list of Facebook likes on their pages. It seems their fans are either not as interested in social media as some other clubs’ fans or some of the big Victorian clubs aren’t enticing enough of their fans to sign up.

Full results of the findings are below: 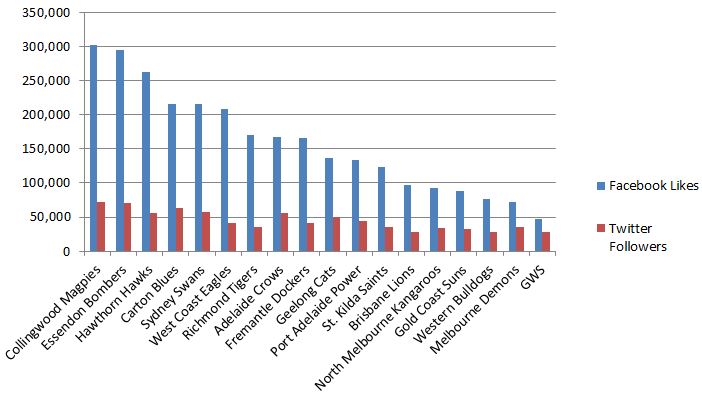