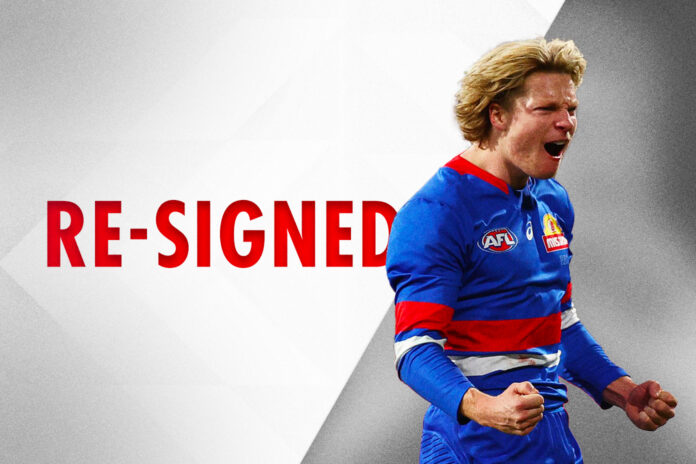 Western Bulldogs small forward Cody Weightman has inked a new deal at Whitten Oval to remain in the blue, white and red until the end of 2025.

The signed contract sees Weightman extend his stay at the Kennel for a further two years, having already committed to the club for next season.

The 21-year-old expressed his delight in re-signing with the Bulldogs, where he will look to add to his 40 matches at AFL level.

“I am super pumped to stay here, it is a great place to come and work every day,” Weightman said in a club statement.

“There is an array of reasons why someone would want to stay, it is an exciting young group and we all get along, on and off the field.

“It does feel like we are building something special here.

“It's a good time to be a Bulldogs fan and an even better time to be a player, the opportunity prevailed to stay around and it was a no-brainer for me.

“It was always a childhood dream to play AFL at any club and for the Bulldogs to give me an opportunity for that – it's still surreal to be honest.

“I feel totally blessed by the support and the people that have helped me get here and the Club is a part of that in a big way.

"It's my aim to give back to the Club in any way I can, particularly on field.

“To the fans, embrace the excitement around the Club.  We are setting the bar really high and we want to get back to a level we know we can be at."

Weightman joined the Bulldogs as a first-round selection in the 2019 National Draft and has made an instant impact on Luke Beveridge's side, booting 61 goals.

The Beaconsfield product was revealed as the club's new No.3 this week, having worn the No.19 jumper for the first three years of his career with the Dogs.