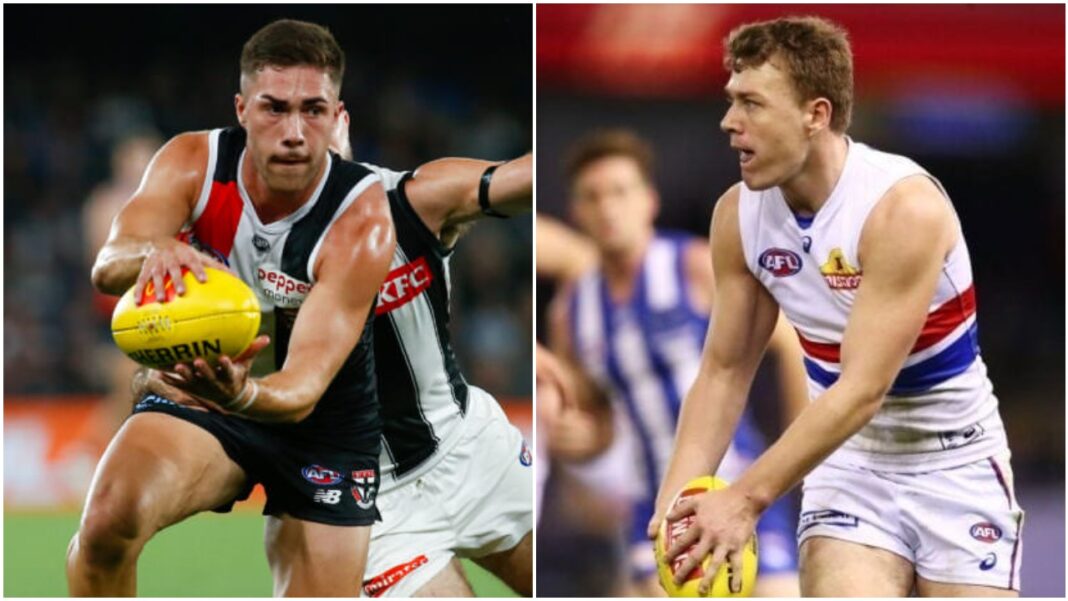 Some of the Gold Coast Suns' 2022 woes may come down to their engine room's inability to efficiently move the ball out of midfield, with three of their top ball-winners recording some of the worst disposal ratings to start the season.

The Queensland club currently rank lowest for disposal efficiency in the AFL, being the only side to move the ball at a rate below 70% - with their 69.4% rating seeing them place 18th after seven rounds.

The trio don't land as the least efficient ball-winner however, with St Kilda's Jade Gresham using the Sherrin at a rate of just 59.3% - the lowest among midfielders who have recorded 140 or more disposals from the opening seven rounds of the year.

Gresham is the only player among this metric bracket to fall below 60%, with Geelong's Brandan Parfitt (61.4%), Fiorini, Anderson and Brownlow medallist Ollie Wines (63.0%) rounding out the worst five users.

Contrasting these lowlights is Carlton's George Hewett, who ranks No.1 for disposal efficiency among the midfielders to have already surpassed the 140-disposal mark - going at a rate of 84.4%.

Hewett's place atop the ratings is a likely product of the Blues ball-winner's tendencies to handball over kick, with his 180 touches for the season separated at 116 and 64 respectively.

Trailing the Carlton recruit is Bulldogs superstar Jack Macrae (81.9%), who works at a higher kicking rate and efficiency, having totalled 105 kicks at a percentage of 76.2% - 5.9% higher than Hewett.

*Players eligible must have recorded 140 or more disposals as of Round 7, 2022

*Players eligible must have recorded 140 or more disposals as of Round 7, 2022