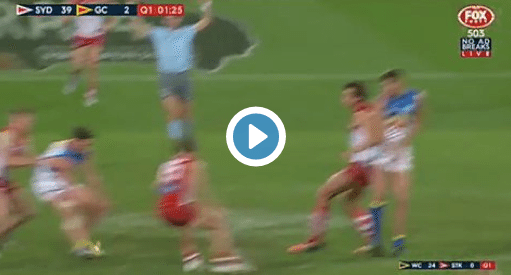 Sydney’s finals campaign may have been dealt a massive blow, with co-captain Kieran Jack suffering a potentially serious knee injury.

He was helped from the field and immediately subbed out of the game.

Kieren Jack has been subbed off with a knee injury. #AFLSwansSuns http://t.co/RSMzrR32Hz