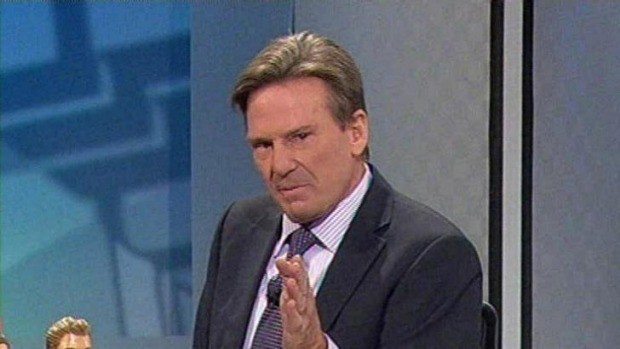 The Footy Show’s Sam Newman caused controversy last night with his view on Adam Goodes and multicultural round.

Newman firstly took aim at people who disagreed with his comments on Sydney star Adam Goodes, before he questioned the need for AFL rounds to be held in honour of certain groups in society.

“I notice this week Geelong is going to run out between a mutual banner with the Swans,” Newman said.

“Why don’t they let the Swans get the first couple of goals just so they feel good about themselves and see if they can give them a lift up and maybe just stop the Cats from getting in the finals?”

“So then we get to St Kilda who are thinking of having a gay pride game.

“Now I know you are going to say this is nothing to do with homophobia. This is just using the competition again as some political agenda.

“Why don’t we have a boat people day next week or what about we have a transgender round and we will get Caitlin Jenner to sing at the grand final?

“I am a white, Anglo Saxon, male, Protestant, heterosexual and I am waiting for my day to come, and when it does I will be first in line to say show stupid is this?

“Couldn’t we just leave the game to try and get hold of itself and I would suggest St Kilda and Geelong and the Swans worry about a game plan that might get them into the finals without worrying about every other political cause on earth.”

Newman ended by saying that people who claim that the booing of Adam Goodes is racism, are just “dribblers who just want to get noticed”.

Was Sam out of line or are his thoughts spot on?