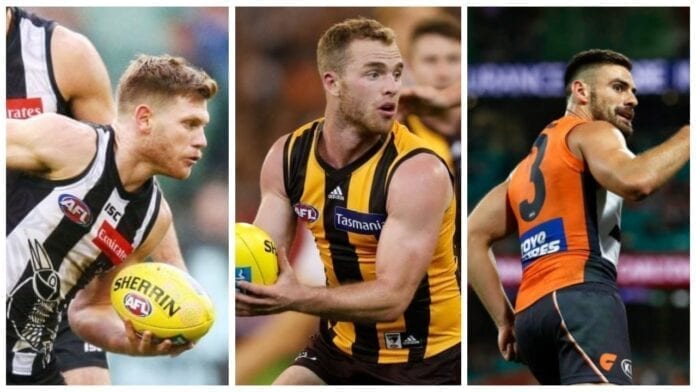 The 2011 draft saw the GWS Giants receive a number of draft concessions with their impending arrival into the AFL in 2012.

The Giants received the first selection of each round and had 11 of the first 15 selections to start the night, including each of the top 5 picks, which saw them draft talents such as Jonathon Patton and Stephen Coniglio.

We take a look at that draft nine years on and re-select what we feel is the top 10 from 2011.

It took the mercurial forward a bit of time to find his step in the brown and gold, but Chad Wingard was one of Hawthorn’s best this season, impacting the scoreboard and flexing his creativity across most occasions.

The former Port Adelaide forward burst onto the scene in his second season with the Power, winning All-Australian and best and fairest honours. His form has since somewhat plateaued, but Wingard remains a game-changer.

MELBOURNE, AUSTRALIA – JUNE 28: Chad Wingard of the Hawks in action during the 2020 AFL Round 04 match between the Hawthorn Hawks and the North Melbourne Kangaroos at Marvel Stadium on June 28, 2020 in Melbourne, Australia. (Photo by Michael Willson/AFL Photos via Getty Images)
BackNext