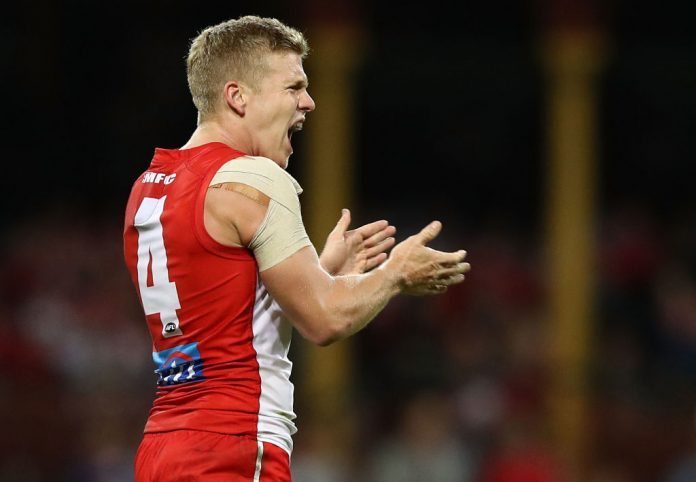 Sydney star Dan Hannebery has hit out at critics of his self-imposed alcohol ban.

Hannebery revealed earlier this year he had decided to quit drinking alcohol in an effort to further improve his body and in turn his football.

However, after an indifferent start to the season form wise, several media personalities have suggested Hannebery should give up on his alcohol ban.

But the Swans’ premiership player says such comments are “irresponsible”.

“There’s been a bit of commentary about my form and all of the other stuff, which I can understand the lightheartedness of,” Hannebery said on Fox Sports on Saturday morning.

“But at the end of the day, all of the commentary is a little bit irresponsible and uneducated in my opinion.

“You’ve got a lot of people out there dealing with different things mentally and with alcohol and when you look at that side of it, it’s a bit disappointing.

“For me, that’s not the case. I was dealing with it to feel good about myself, my body and mentally, but with the general public there’s a lot of issues out there with those things.

“It’s important to take that into account before you make those comments. It was a bit disappointing from my end.”

Despite the Swans suffering a shock one-point loss to Collingwood at the SCG last night, Hannebery was on fire, finishing with 31 disposals, four marks, nine tackles and a goal.

Sydney now sit 0-3 after the opening three rounds, while the Magpies recorded their first win of the season.